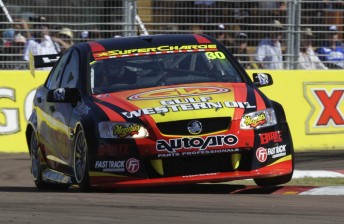 Marino Franchitti will make his V8 Supercars debut at the Armor All Gold Coast 600 this October.

While his brother has taken the family’s racing spotlight, Franchitti is a seasoned sportscar racer in his own right, finishing second in the Sebring 12 Hour alongside Simon Pagenaud and Australia’s David Brabham – the three clinched last year’s American Le Mans Series for Highcroft Racing.

As previously reported by Speedcafe.com, Dario Franchitti is expected to be announced as a co-driver for Walkinshaw Racing.

The remaining drivers to be locked in for the October 21-23 event will be confirmed next week. 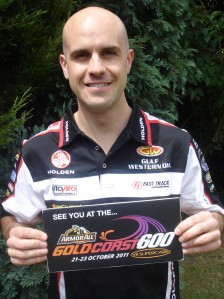 Franchitti is taking his role in the international-flavoured race very seriously. He will arrive in Australia a number of weeks prior to the event, soaking up the Supercheap Auto Bathurst 1000 as a spectator to get full appreciation of the category.

He says that competing in V8 Supercars will be the fulfilment of a lifetime dream.

“I’ve been a big fan of V8 Supercars since I started watching Bathurst back in the days of Peter Brock and Dick Johnson and the last few years I’ve obviously been keeping a close eye on how my good mate James Courtney has been going,” said Franchitti.

“It’s a very popular series worldwide and it’s a great opportunity that Gulf Western Oils Racing and V8 Supercars have given me.

“I came down to the event last year with Dario and from the moment I got there it was obvious that I had to be involved.

“It was just the best weekend, the racing during the day and the concerts at night, the only thing that was missing was me being in a car and luckily enough Lucas has been able to hook me up this year.

“I had a few offers but I really wanted to drive with Warren Luff as we’ve known each other for a few years now.

“We shared a garage with him at the Nurburgring 24 Hours a few years ago so there’s that familiarity for me in the team which is good.

“I’ve driven some big front-engine rear wheel drive cars before but nothing like a V8 Supercar – everybody I’ve spoken to says they’ve never driven anything that compares to them so I’m just approaching it with an open mind.”

See below for video with Marino Franchitti talking about the Armor All Gold Coast 600.