Taylor competed in Estonia to prepare for Rally Finland

Australian rally driver Molly Taylor says she will head to Finland for the next round of the World Rally Championship with renewed confidence after a shakedown event in Estonia over the weekend.

While electrical gremlins caused her Ford Fiesta R2 to cut out on several occasions, resulting in a 53rd placed overall result, Taylor posted several competitive stage times throughout the rally.

Taylor and experienced WRC co-driver Seb Marshall contested the Auto 24 Rally Estonia as preparation for the third round of the WRC Academy series, to be held as part of Rally Finland over the July 28-30 weekend.

“Obviously having the car cut out when you least expect it is not the ideal way to compete in a rally, but when it was going, we were doing really well,” said Taylor.

“My aim with this event was to narrow the gap to some of my fastest WRC Academy rivals in terms of seconds per kilometre and we achieved that.

“We were about half a second per kilometre away from (leading contender) Craig Breen and because we were able to do that consistently, we’re now at a level where we know how to close the gap.

“Everything gelled with Seb too, which was fantastic. This was our first real rally outing together and it’s a very tough call for someone to start with a totally new pace note system on such a fast event, but it all came together really well.”

Taylor and Marshall will complete further testing prior to Finland.

Finland is the third of six rounds the young drivers are contesting as part of a one-make, development series aimed at bringing the best young rally talent in the world to elite levels. Taylor is one of six drivers on a fully funded scholarship for the year, covering all her WRC expenses. 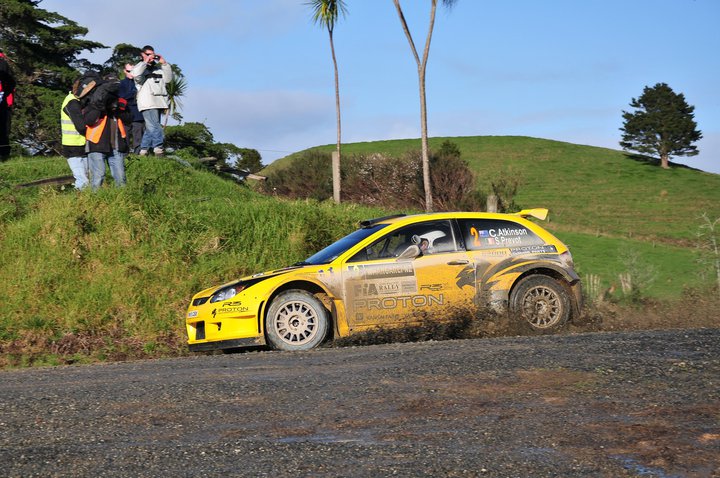