Podium for Fujitsu V8 drivers in Race for Jase 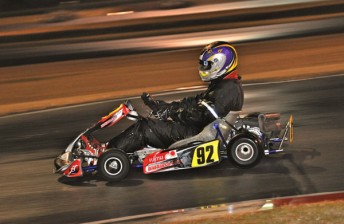 While Luke Baldry and Ben Stewart may have won the “Race for Jase” karting enduro in Ipswich, Queensland last night, a number of Fujitsu V8 Supercar drivers certainly impressed in the wet conditions.

Miles Racing’s Ash Walsh paired with Adam Mercer to eventually finish second and while he was pleased to have finished on the podium Walsh reminisced about the physical demands on kart racing.

“I haven’t been in a kart for a number of years and I really felt it after practice (which was held in the dry),” said Walsh.

“It’s been a great event to be a part of and big thanks must go to the Mercer family for ensuring we finished on the podium.”

Supercheap Auto Racing’s V8 endurance driver Jack Perkins, who was paired with Tyler Greenbury, made an impressive return to the kart track by charging into the race lead during his opening stint.

Unfortunately though the team’s chances were derailed when their Intrepid kart lost a wheel shortly after Greenbury returned to the circuit – they would eventually finish 11th.

“It was great fun, we started fifth and I got to the lead early in the race only to have a bit of trouble when the wheel fell off after Tyler jumped in,” said Perkins.

“It would be almost ten years since I raced competitively in a kart, the wet was a real equiliser because it brought all of the karting guns back to my level a bit. Overall, it was a great event for a great cause and I’d love to do the event again.”

Porsche Carrerra Cup driver Michael Patrizi and CIK Stars of Karting front-runner Kyle Ensbey were on track to challenge for the win, only to have a broken seat end their run 17-minutes from the finish.

The Baldry/Stewart entry overtook Pacific Kartsport team-mates Dale Verrall, who grew up in New Zealand racing karts against Richards, and Troy Bretherton late in the race to claim the win.

Unfortunately for Verrall and Bretherton, they were handed a post-race penalty for completing one of their compulsory pit stops in under the minimum ten minutes, this relegated the them to tenth spot in the final results.

Unfortunately, the inclement weather kicked in just as the Corporate Challenge, set to feature a Speedcafe.com entry, hit the track in their Turn1-prepared karts forcing the cancellation of this event. This event will be now rescheduled for July 29.

In excess of $6,500 was raised at the event, which will be donated to Richards and his family for his treatment.

* finished second but were penalised for completing one of their compulsory pit stops in under the minimum ten minutes. 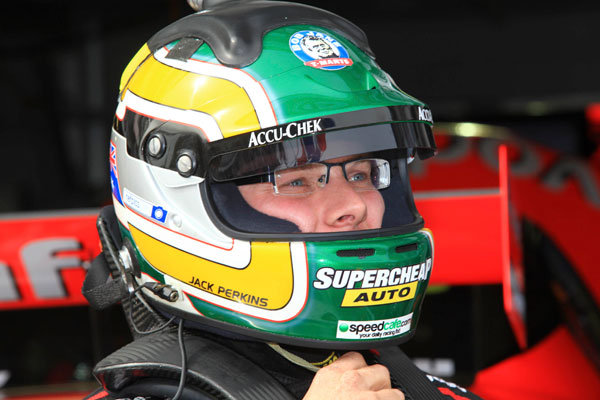