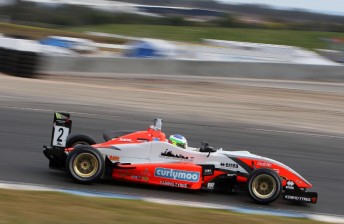 Mat Sofi led the way over the 10 lap journey

From pole, Sofi made a solid start and – after fending off an early challenge from a fast-starting Winslow at Turn 2 – gapped the field to win by over two seconds.

Winslow made a strong start, slicing past a slow starting John Magro and almost banging wheels with Chris Gilmour in an aggressive run to the first corner.

From there, the former series champion got progressively quicker as the race progressed – recording a new lap record some 1.3 seconds underneath the existing 2008 benchmark, set by Nathan Caratti.

Gilmour had a solid run to third, after seeing to an early challenge from Magro in which the pair ran side-by-side through Turn 1 on Lap 3.

There was heartbreak for Josh Burdon, who found the tyre barrier at Turn 11 and damaged his R-Tek Dallara while leading the class battle.

Out in front, however, Sofi celebrated his impressive form that saw him score his second career win and 14th career F3 podium.

“It was a bit too close for comfort with James in Turn 2,” said the series returnee post-race.

“But from there it was really good. The car was great all race and very consistent. Once we had a lead we were able to hold onto it and keep the margin nice and comfortable.

“It’s been a great weekend so far but the big race is tomorrow afternoon, and that’s the one we want to win.”

R-Tek driver Winslow said he was happier now that he had a race distance under his belt on the new Kumho tyre introduced this weekend.

“Before the race I hadn’t had more than six or seven laps in a row on the tyre, so it was good to get a race distance and we improved a lot,” said Winslow.

“The car was much better and it’s getting better each session. It’s been a tough weekend so far but we beat the right people – the ones I’m fighting for the championship with – so that was the main objective if we couldn’t catch Mat.

“So far we haven’t been able to put together the main race on Sunday afternoon yet, so that’s the one we’re looking at.”

After today’s first race, Winslow has built his championship lead to eight points over Moore, with Gilmour a further 3 behind in third. Magro is still only 17 points from the championship leader with 37 available across tomorrow’s two races.

A second, 10-lap sprint and a 15-lap finale will complete Round 3 of the championship tomorrow at the Shannons Nationals presented by Hi-Tec Oils event at Eastern Creek.

The races will be streamed live via itvlive.com.au. 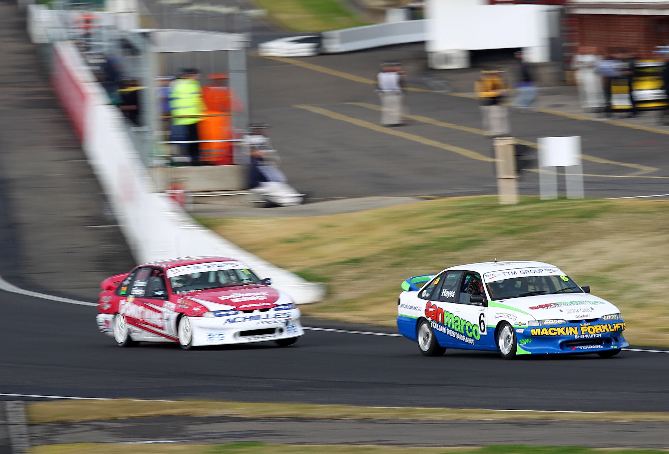 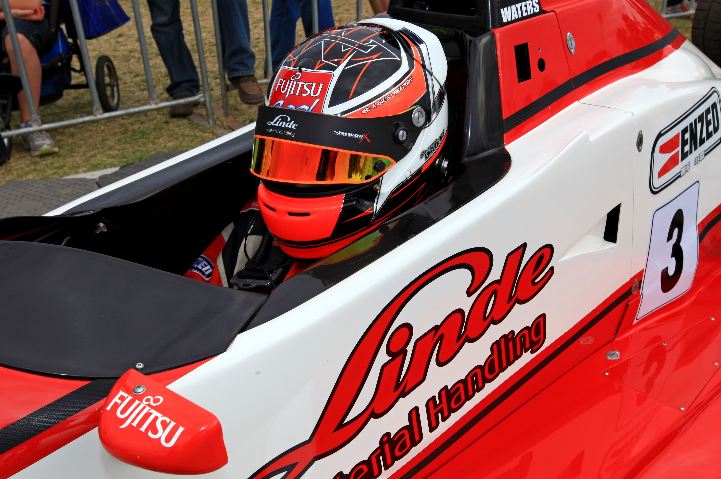