Points leader Cameron Waters has dominated the opening race at Eastern Creek’s third round of the 2011 Australian Formula Ford Championship.

The Sonic Mygale driver took pole position in the morning, and vaulted off the line to record a light-to-flag win.

The result marked Waters’ third win for the season.

“I’m pretty happy right now – I got a good start and was able to have a trouble free race, which was nice,” said Waters after the race

“We’ve got really good pace so far this weekend and I’m already looking forward to what we can do tomorrow.

“It’s really good for the championship as well and I just need to keep scoring good points in every race this season. If I can do that then I think I will be in with a good shot for the title at the end of the season.”

“It was a straightforward race from my perspective. I made a decent start and just tried to stay out of trouble. I didn’t quite have the pace to catch Cam, but second is a good start to the weekend,” said Le Brocq.

“I made a few small mistakes throughout the race when I was pushing, but fortunately it didn’t effect my position. Hopefully tomorrow I can come out and have another strong result and really continue with my form from Winton.”

Teammate Harrison closed in on Le Brocq in the final laps, but couldn’t get close enough to challenge for the position, settling for third place.

“I got caught up a bit at the start and I think that hurt me at the end of the race. We have great speed this weekend so I’m looking forward to tomorrow, I just need to make sure I get away cleanly and run with the front guys from the beginning.”

Nick Foster was fourth ahead of Tom Williamson and Garry Jacobson, while Adam Graham, Liam Sager, Josh Hunter and Jesse Fenech rounded out the top 10.

The races will be streamed live via itvlive.com.au. 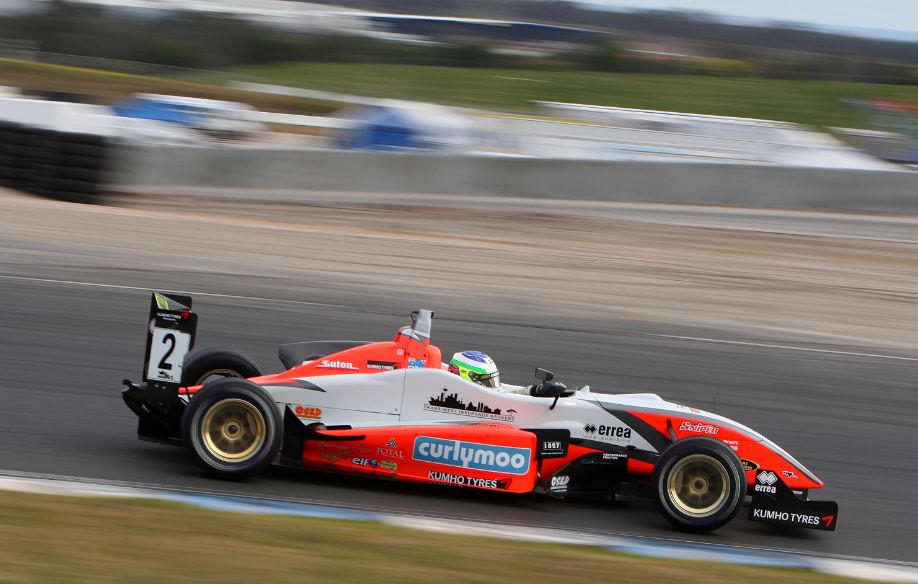