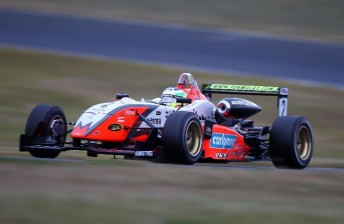 “I would never have thought we would have done anything like that kind of time,” said Sofi after the session.

“We thought it would be quick with the newer tyres and the preparation that we put in – but that is way beyond what we ever expected these cars would achieve here. It’s incredible.”

Steel Guiliana and Ben Gersekowski, contenders for the Forpark Australia Scholarship, were also involved in the Quick Six session after strong efforts in qualifying.

Guiliana, however, crashed his R-Tek Dallara at Turn 8 in the final minute of the session while on a quick lap – an incident almost mirroring that experienced by team-mate Bryce Moore earlier in the day.

It wasn’t all plain sailing for the field though with Michael Hector (Carrington Equipment Group Falcon BA) and Michael Bartsch (Cavalier Homes Falcon AU) both coming to grief during the day.

Bartsch (Cavalier Homes AU Falcon) spun in practice, contacting the wall on the exit of Turn 3, before recovering to qualify eighth. Hector meanwhile had a big hit on the exit of the final turn after running inside the top ten, necessitating a visit to a local panel shop overnight to straighten two bent chassis rails.

Lago set the outright pace early in practice and continued his fine form with pole position, posting a time over a second clear of his nearest rival Jeff Bobik (Creative Colour 997).

Lago, however, was the class of the field and is confident he can remain at the front for Saturday’s race.

“I went well in practice this morning and I was hoping to go slightly better on new tyres. I didn’t think I’d go quite that well though,” he said

“I got quite lucky with the traffic on my pole lap; I just happened to get passed them at the right time and it all came together.

“It’s good to be over a second quicker than second place so we’ll go in to tomorrow full of confidence. But if it rains tomorrow everything changes.”

The talking point in the Radical Australia Cup paddock was just how close the established stars would be to the three former Formula 3 champions employed as co-drivers under the event’s twin 50 minute race format.

Ben Barker (with Neale Muston), Tim Macrow (alongside reigning champion Peter Opie) and James Winslow (with former points leader Ed Singleton) battled at the front of the field in Q2, with Winslow stunning the field in his opening lap on cold tyres – eight seconds faster than the next competitor.

It had been an interesting day for series points leader Peter Opie who qualified last in his session after hearing a loud knock in the rear of the car and pulling it up on the exit of Turn 1.

In the end the RAC team couldn’t find the issue, and with Macrow well on the leaders pace in his debut run in an SR3, the issue clearly wasn’t permanent, but enough to ensure that Opie will start the second race from the rear of the field.

Former series winner Marcus Zukanovic (Action Racing) was the hard luck story – forced out for the day by a broken gearbox in Practice 1.

Fans not at Eastern Creek Raceway across the weekend can follow the Shannons Nationals presented by Hi-Tec Oils action thanks to live streaming via itvlive.com.au. 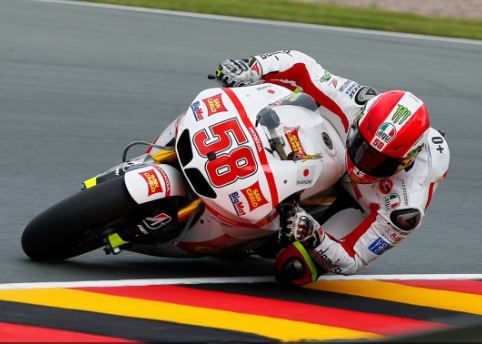