Red Bull: Webber will re-sign with us 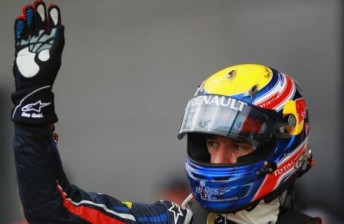 Red Bull owner Dietrich Mateschitz has moved to quash rumours that Mark Webber will leave Red Bull Racing at the conclusion of the 2011 season.

The 34-year-old Webber currently has no contract with the reigning World Championship winning team for next year, and has publically discussed the options of retirement or switching to a rival squad.

Webber’s Red Bull seat has been the subject of countless rumours in recent months, with Lewis Hamilton, Nico Rosberg, Daniel Ricciardo and even Formula One refugee Kimi Raikkonen among those linked to the Austrian team.

“Mark Webber will re-sign with us,” said Mateschitz.

“This will happen for sure. He is very popular within the team, he feels very comfortable and it is an excellent relationship. He knows this and we know it.

“He would be a very bad racer had he not tried to attack and gain a position,” said Mateschitz.