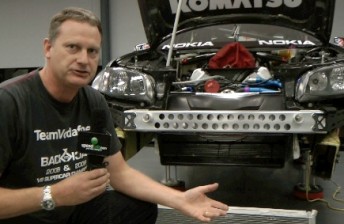 The fifth episode in the Norton 360 Engineered for Speed Technical Section looks at the cooling of a V8 Supercar.

In the below video, Triple Eight’s engineering and production director John Russell walks you through the methods and components the teams use to cool their race cars.