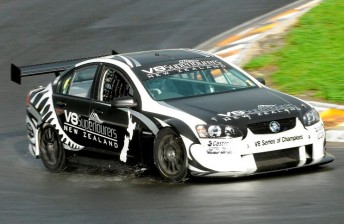 The category is set to kick off at Hampton Downs in February next year, featuring multiple body shapes fitted to a common chassis with a control 7.0-litre Chevrolet engine.

While the class will include bodyshapes from Holden (Commodore VE), Ford (Falcon FG) and at least one other marque next year, the Paul Ceprnich/Pace Innovations-built category prototype has run in Holden guise.

“For over 40 years Holden has supported motorsport and racing is very much in our DNA, so it was only natural for us to become involved in the evolution of New Zealand’s exciting new V8SuperTourer category through the development of the prototype,” said McNamara.

“The V8SuperTourer category has been designed to be cost effective and create closer racing, all of which we fully support.”

The V8SuperTourers has support from Holden on both sides of the Tasman, with Holden New Zealand managing director Jeff Murray excited by the class.

“This is a great opportunity for Holden to be part of an exciting new race series that we believe will be followed by not only just those proud Holden fans but also motor racing fans in general,” said Murray.

“Some of the best racing car drivers this country has produced will be driving in this new series providing some very tantalising motor racing.

“Holden is proud to be supporting this exciting new V8SuperTourer series for New Zealanders.”

CLICK HERE for Speedcafe.com’s story on the possibility of more marques joining the series 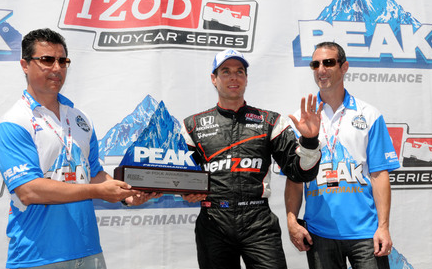