A friendship forged in the mid-1980s has led to a Brazilian making his V8 Supercars debut at the Armor All Gold Coast 600 this October.

Fujitsu Racing/GRM owner Garry Rogers raced a BMW with Bob Jane in Australia in the mid 1980s and during that time, the pair visited Schnitzer BMW in Germany where they attended a few endurance events, including the Spa 24 Hour with team principal Charlie Lamm.

It was Lamm who Rogers contacted about some ‘talent’ for this year’s Gold Coast event and the German offered his Brazilian hot shot Augusto Farfus, who currently drives for him in the Intercontinental Le Mans Cup.   Farfus will be joined at GRM by French star Simon Pagenaud as two of the 28 international stars.

Farfus is pleased that Rogers and Lamm’s first meeting has spawned into a drive for him in Australia.

“For me, the chance to compete at the Gold Coast Event is something I am really looking forward to,” said Farfus.

“I drive for the Schnitzer BMW Team and also compete in various sports car events.

“Charlie Lamm, the principal of Schnitzer has had dealings with Garry Rogers in the past and I am really looking forward to meeting Garry and the Team. 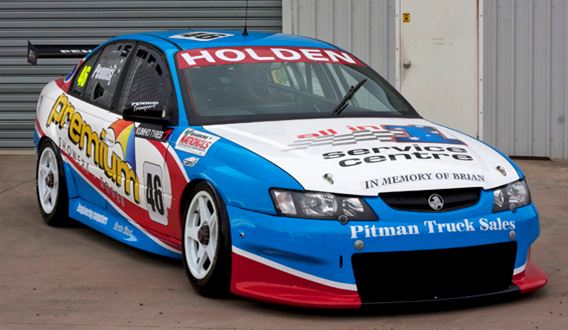