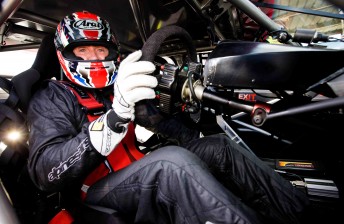 Mick Doohan has completed his first laps in a Toll Holden Racing Team Commodore at Queensland Raceway, but says that people shouldn’t look for him to race one anytime soon.

Doohan says he loved the experience, but realises that he has some way to go before making a road racing debut.

“The opportunity to have a run in one of the Toll Holden Racing Team Commodores was great,” Doohan said.

“It was a lot of fun but after a few laps I think I’m a fair way from going racing again. 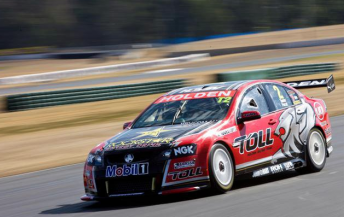 “I’d only had a small opportunity a few years ago to drive one of these cars and it was the first time I’d ever been around this circuit, so it was good to do a couple of laps with James and see what he was doing.

“I was looking at his hands and feet, trying to work off him as much as I could – James is a quality driver no doubt about that.”

Courtney was impressed with how quickly he adapted.

“Mick came for a ride with me first and it was an honour for me to be able to take him around and show him what we can do – to have a guy of his calibre listening to me is pretty cool,” Courtney said.

“He clearly listened to everything I had to tell him about the car and circuit, he went out there and was straight on it which surprised everyone.

“He was pushing the car and hitting the braking marks. It showed that regardless of two wheels or four Mick’s pretty impressive – I think he did a great job.”

The next round of the 2011 V8 Supercars Championship, the Coates Hire 300, takes place at Queensland Raceway on 19-21 August.

Next Story Sandown to be safer with new improvements 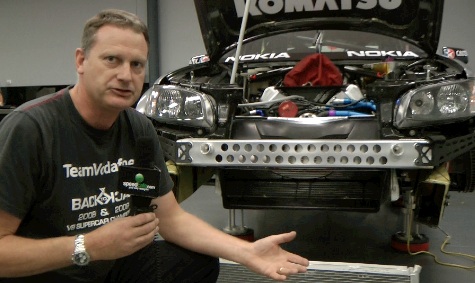