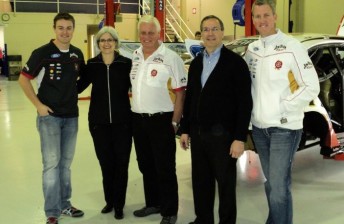 The American took over the top job at Ford Australia in November last year, following stints overseeing Ford’s Chinese operations and as a senior executive at Mazda Motor Corporation.

With Ford’s busy schedule of new model roll-outs this year, Graziano has been less visible in motorsport circles than previous president Marin Burela, but is a known NASCAR fan.

According to Jim Beam Racing team manager Glenn Turnor, Graziano enjoyed his tour through the Stapylton based team’s workshop facilities and race museum this morning, where he was joined by Ford’s vice-president of sales and marketing Beth Donovan.

The tour included a special explanation of ‘the rock’ that Dick Johnson hit while leading Bathurst in 1980, which sits proudly in the museum among a selection of the team’s former racing cars and other memorabilia.

“It was certainly a great pleasure to have Bob and Beth visit our facility,” Turnor told Speedcafe.com.

“Bob has a great appreciation and understanding of motorsport and was particularly interested in what the team manufacturers in-house.

“There is a lot of work that is completed off the race track to prepare for each event and it was a great opportunity to show both Bob and Beth how JBR prepares for each event.

“The Team spent some time with both Bob and Beth at Townsville and it capped off a good weekend to have them see what we do here.”

Following their DJR experience, Graziano and Donovan travelled down the road to Yatala for lunch at Stone Brothers Racing.

At the conclusion of last season, Ford signed one-year and two-year sponsorship extensions with DJR and SBR respectively. 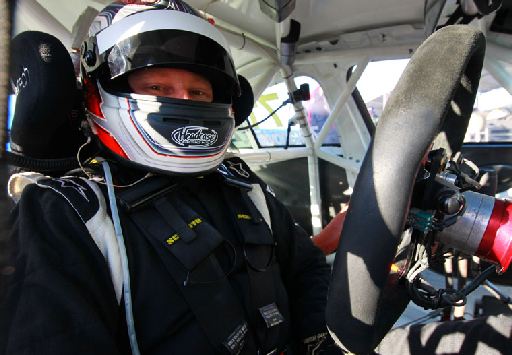