Webber and Horner prior to qualifying

According to the Australian, he was asked ‘four or five’ times to hold position behind team-mate Sebastian Vettel in the closing stages of the Silverstone race.

Vettel and Webber were running second and third respectively behind the Ferrari of Fernando Alonso, with Webber proving faster on soft tyres that were two laps fresher.

Speaking after the race, Webber confirmed that he refused to listen to the calls from his team – unsuccessfully challenging the German in the waning laps.

“I am not fine with it, no,” said Webber of the team orders.

“If Fernando retires on the last lap we are battling for the victory so I was fine until the end.

“Of course I ignored the team as I want to try and get another place. Seb was doing his best and I was doing my best. I don’t want to crash with anyone, but that was it.

“I tried to do my best with the amount of conversation I had. One-way conversation obviously as I wasn’t talking too much back. There was a lot of traffic coming to me, but I was still trying to do my best to pass the guy in front.”

Horner told Autosport after the race that he was surprised Webber had ignored the orders.

“At the end of the day the team is the biggest thing, and no individual is bigger than the team,” said Horner.

“I can understand Mark’s frustration in that, but had it been the other way around it would have been exactly the same.

“It is something that he and I will talk about in private.”

In the post-race press conference, Vettel said he was unconcerned by Webber’s actions.

“We were racing each other – I don’t think there’s anything wrong with that,” said Vettel.

“Sure, from a team point of view, if you have the cars quite isolated in second and third, the first car is away, the fourth car is pretty far away as well, so from the team’s point of view, there’s no point in racing and trying to do something stupid because the points for the team are the same, the difference between second and third is not massive, but naturally we try to race.

“What can I say? I was trying to defend my position which I did. I was struggling, Mark was faster. And then there was the chequered flag.”

The controversy comes a year after Webber won the British Grand Prix despite having his front-wing given to Vettel prior to qualifying – leading the Australian to claim the result was “not bad for a number two driver.” 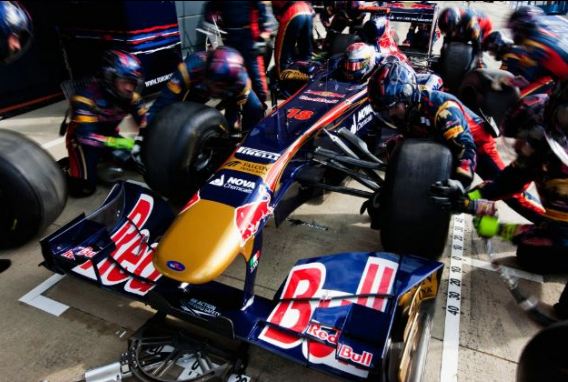 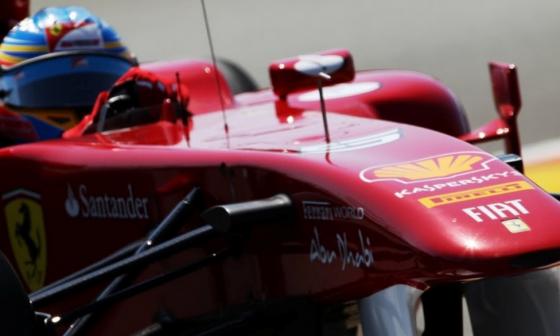