Fujitsu Series to benefit from commission

Fujitsu Series to benefit from commission 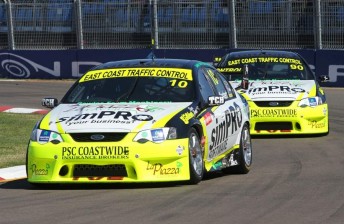 The Fujitsu Series, also known as the Development Series, will select a representative to report (on occasion) to the commission, giving the series its strongest link to the decision makers at the top of the sport.

V8 Supercars met with the Fujitsu V8 team owners over the weekend to discuss the way it would like to see the Fujitsu Series liaise with the commission, deciding that one member should be nominated to push its agenda.

V8 Supercars CEO Martin Whitaker says that this is a huge opportunity for the Fujitsu Series to have its own voice.

“We spoke to all the development series team owners over the weekend and made it very clear that this is a great opportunity for them to elevate some of their own issues that they want to have discussed at the commission,” Whitaker told Speedcafe.com.

“They will now work on identifying a representative to speak on their behalf.”

CLICK HERE for a Q&A with V8 CEO Martin Whitaker regarding the new commission announcement over the weekend.