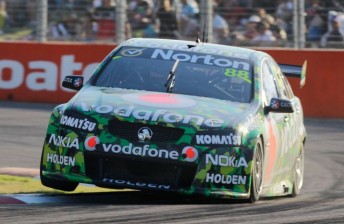 Jamie Whincup and Craig Lowndes have taken a one-two finish for TeamVodafone at the Sucrogen Townsville 400.

Whincup ran just fourth when the race resumed from its one and only Safety Car period on Lap 47 of 72, before moving ahead of Garth Tander (who pulled off with a rear suspension failure), Mark Winterbottom and Lowndes in the closing stages.

Whincup made the race winning move on Lap 56 before easing away in the waning laps to record a 4.3s victory.

Winterbottom struggled with tyre life in the closing stages but held on for third, ahead of Alex Davison.

As expected, the race was determined by tyre strategy – with a loophole in the event’s supplementary regulations allowing teams to used left over soft tyres from Saturday’s race playing a large part in the outcome.

TeamVodafone ran different tyre strategies on its two cars, with Whincup using all four of his ‘Saturday’ soft tyres in the first stint before coming home on his fresh ‘Sunday set.’

Lowndes meanwhile split his soft tyres, running a combination of used softs on the front and new softs on the rear in stints one and three.

Whincup struggled relative to his team-mate in the opening stint, but emerged in second place after the first pitstop cycle courtesy of being one of the first to make his stop.

The Toll Holden Racing Team’s day turned sour in the second half of the race, with Tander pitting for lengthy repairs before Courtney was penalised for turning around Tim Slade’s Falcon while battling for fourth on Lap 48.

Courtney was one of five drivers to have near-new soft tyres left-over from Saturday, and used the advantage to move from 12th on the grid to the lead during his opening stint. The defending champion eventually finished 19th after serving his penalty.

Slade, Alex Davison and Jason Bargwanna used their relatively fresh Saturday softs to climb through to the top 10 in the middle stint before the race-changing Safety Car period.

Jason Bright saw his day turn sour late in the going – finishing 22nd after a drive-through penalty issued for spinning Will Davison on the restart lap while battling for ninth.

See below for the Race 15 result Next Story Bright calls for fairer stewarding after clash 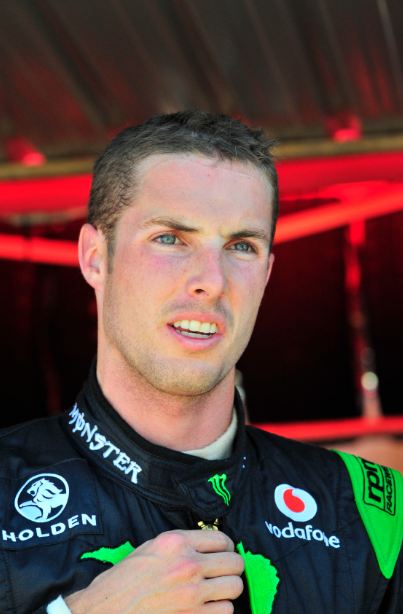 Previous Story Thompson returns to the top in Race 3