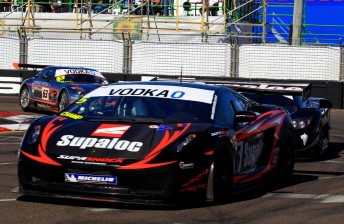 Kevin Weeks has won Race 2 of the Vodka O Australian GT Championship at Townsville 400, while Klark Quinn took the weekend honours and extended his championship lead.

Weeks, driving a Lamborghini Gallardo, copped a drive through penalty for a start line infringement yesterday but bounced back to take a commanding win.

“The car has been really quick all weekend, so to be able to start from sixth, then finish in first place with an eight second margin was the best way to pay back the team after my drive through,” Weeks said.

“The Townsville circuit really suited my car this weekend, especially after we made some changes to the rear of the car after practice.

“This has been our first visit to Townsville and given today’s result, I hope it’s not the last.”

Second in today’s race was the Erebus Racing Mercedes SLS AMG GT3 of Peter Hackett who enjoyed a great battle with Quinn’s Mosler early on in the race, but the German supercar had too much straight-line speed and Quinn.

Greg Crick suffered a power steering failure on the warm up lap and elected to start from pit lane. The Dodge Viper pilot put in a sterling drive to finish fourth.

Mark Eddy’s power steering woes continued from yesterday. The Audi R8 driver was left wondering what could have been. A consolation is that he retains second place in the championship.

Not so much luck either for Tony Quinn’s Aston Martin, which suffered brake issues. The iconic British marque finish its weekend in the pits.

Peter Boylan took home the spoils in the GT Challenge Class after a weekend of solid results in his Porsche 911 GT3 Cup Car.

The Vodka O GT Championship now takes a break for a few months before a standalone round at the iconic Phillip Island Grand Prix Circuit in September. 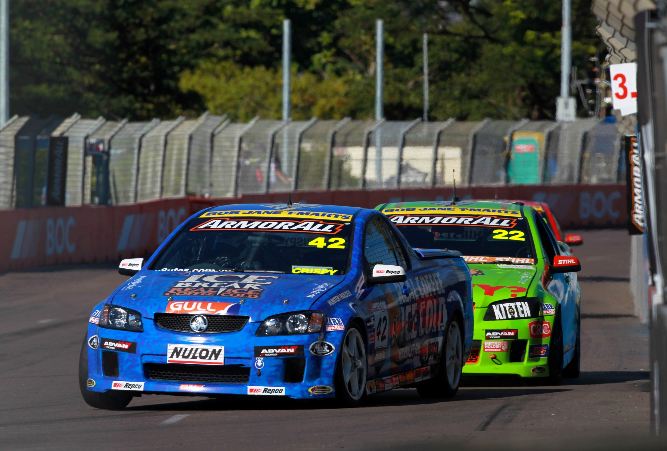 Next Story Chris Pither cleans up V8 Utes in Townsville 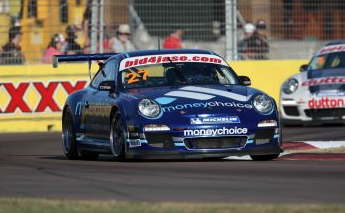