Home » News » Supercars » Lowndes: Racing Whincup would have been silly

Lowndes: Racing Whincup would have been silly 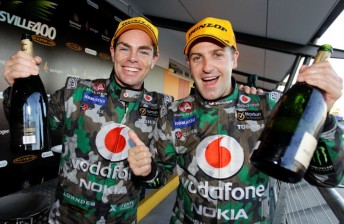 Lowndes and Whincup on the podium after today's race

Craig Lowndes says he is delighted with his weekend at the Sucrogen Townsville 400, despite losing out to team-mate Jamie Whincup late in today’s race.

Starting from pole position, Lowndes used a combination of old (front) and new (rear) soft tyres in the first and third stints of today’s race – pulling a 12 second gap over the field in the early stages.

The three-time champion led for the majority of the day, but was powerless to stop Whincup in the final stint – eventually letting the championship leader through for the win on Lap 56 of 72.

“It would have been silly for me to race him (Whincup) at that point of the race,” said Lowndes.

“We were on soft tyres and had to manage them, and at the same time was very aware of where Frosty (Mark Winterbottom) was.

“I let Jamie go and expected him to come back a bit but it didn’t quite happen that way.”

Lowndes says he looks forward to more wheel-to-wheel racing with his team-mate throughout the remainder of the year.

“It’s always going to happen eventually, when you have two competitive cars in a team that you’re going to go head to head at some point along the line,” said Lowndes.

“Roland (Dane, team principal) has always said that he wants us to race to the chequered flag regardless, and the fans do to.

“So we’ll battle it out until the chequered flag, but one thing that we won’t do is put ourselves in the gravel trap otherwise we’ll be down the dole (office).”

Despite Whincup’s points lead growing by 30 points (to 186) this weekend, Lowndes is still optimistic of challenging for his fourth title.

“Queensland Raceway is coming up which is our test track, so I’m looking forward to going there, and the long distance races are coming up where we’ve always done really well.

“That’s probably where we can hopefully take some points back. But at the moment if Jamie continues to win races then no one will be able to catch him.”

Next Story Drivers, teams and fans flock to Greenroom 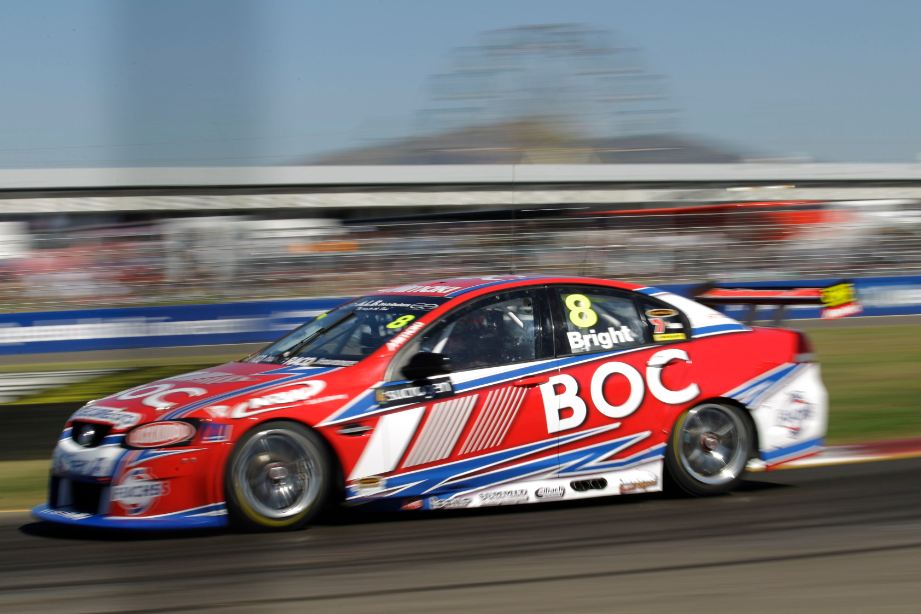