Garth Tander on his way to victory at Townsville

Garth Tander’s victory in Race 14 of the V8 Supercars Championship at Townsville was celebrated by everyone in red – including James Courtney.

“If I can’t win, the next best person is my team-mate,” Courtney told Speedcafe.com.

“I was down there cheering, and I really am happy. It has been a tough time for the team. Garth has definitely ticked it over and got a great result out of it today.

“I was really unlucky today with the clash with Dave. He came over and apologised, but it’s done. We’ll live,” Courtney said.

“We were ahead of (Jason) Brighty, and he finished ninth, and we’re normally really good on the softs where we could have come back through.

“It’s disappointing on one hand, but stoked for Garth and all the team. Everyone is happy about it.”

Courtney admits that his side of the Toll HRT garage went the wrong way with rear end set-up and will revert to Tander’s specification.

“We got stuck in qualifying. We just couldn’t get the car right in qualifying trim, it gripped up,” Courtney said.

“We’re trying a few things in the rear to try and solve our drive issues which haven’t been too successful.

CLICK HERE for a race report and results from Race 14 of the V8 Championship. 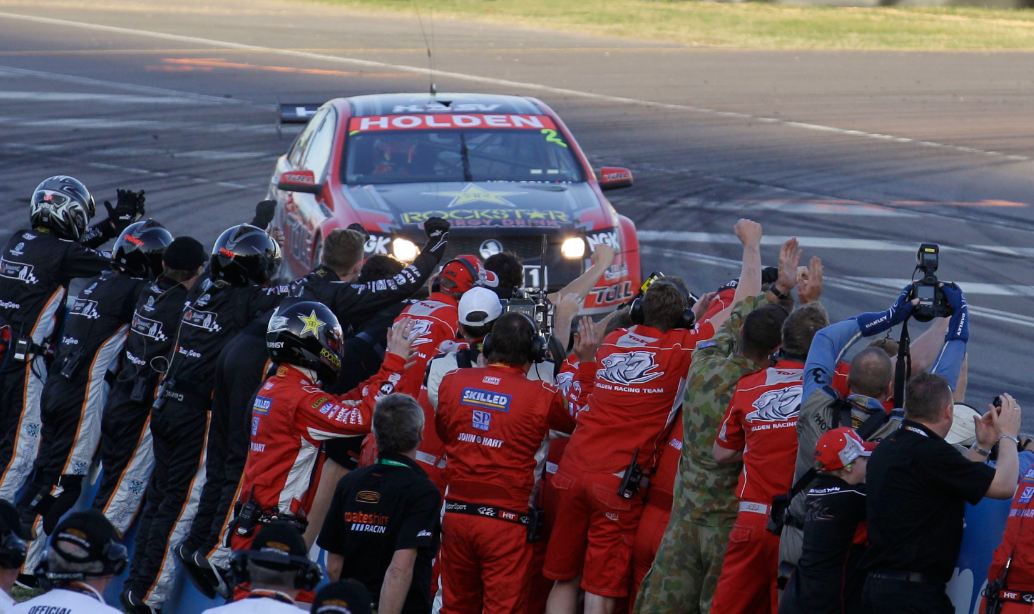 Previous Story Garth Tander: Everyone had written us off