Ricciardo and Webber at the European Grand Prix

Mark Webber has downplayed the affect that the off-throttle diffuser blowing ban will have on the Formula One pecking order at this weekend’s British Grand Prix.

While main rivals McLaren and Ferrari were forced to adapt the off-throttle diffuser blowing technology to their cars during the opening stages of the 2011 season, Red Bull’s RB7 was conceived with the technology in mind.

With Red Bull having been the pace-setting team across the opening eight races, Webber says he doesn’t expect a major change this weekend.

“We don’t know what’s going to happen with regard to the rule changes,” said Webber.

“I don’t expect it to change the pecking order too much, but we’ll have to wait until qualifying to find out for sure.

“We will need to adapt our driving styles to the changes because the car will feel more unstable under braking, but I’m easy.

“I’ve done a lot of preparation work at the factory in Milton Keynes and I see no reason why I can’t maintain the momentum of the last few races.”

For the first time in his career Webber will not be the only Australian on the Formula One grid this Sunday, with fellow Red Bull contracted driver Daniel Ricciardo making his debut for the Hispania Racing Team.

Webber says his countryman has a lot to learn heading into his maiden Grand Prix.

“I won’t drive a different race because Daniel’s on the grid, but it’s good to have him in F1,” said Webber.

“He’s a fast driver and he fully deserves to be here. He’s going to learn a lot this weekend, particularly about how an F1 weekend works.

“Finishing your first grand prix is a nice feeling and I hope he experiences that on Sunday.”

Webber is the defending winner of the British Grand Prix. 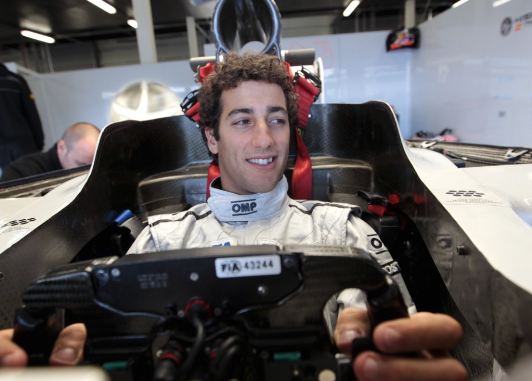