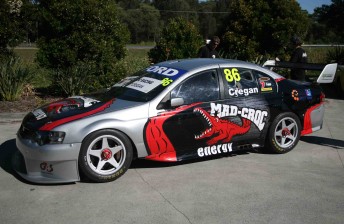 Robert Cregan has revealed the new look of his Fujitsu V8 Series entry ahead of this weekend’s Townsville street race.

After doing a late deal to secure backing from energy drinks company Mad Croc before Perth two months ago, Cregan took the wraps off his new look to his ex-Stone Brothers Racing Ford Falcon BF.

The Irishman’s #86 car will now be seen with a heavier presence of black to go with the brand’s red crocodile logo and the car’s silver base.

Cregan, currently 10th in the Fujitsu V8 Series, is pleased with the livery of the car.

“It has a bit more colour in it now, so it looks a bit better,” Cregan told Speedcafe.com.

“It was quite a late deal at the start of the year, but now that we have it all stickered up, it will go to a couple of shows later in the year, and hopefully get the brand out there a bit more.

“We knew the owner of Mad Croc from Abu Dhabi, and we got talking to him and he wants to bring the drinks company to Australia. I’m sure Mad Croc’s sponsorship of our team will help.”

Cregan has finished 12th and seventh in the opening two rounds of the Fujitsu V8 Series and the V8 rookie is confident that he can continue his top 10 form.

“At Perth, we were seventh, so we’re kind of looking OK. I’m happy, and in Townsville, I want to be in the top 10 again. With the reverse grid race, I think I have a pretty good chance.

“There’s a couple of guys who are stepping back in who are pretty fast (ED: Cameron McConville, Andrew Jones, Dale Wood). It will be a tough weekend, but I’m quietly confident, but we never set our goals too high.” 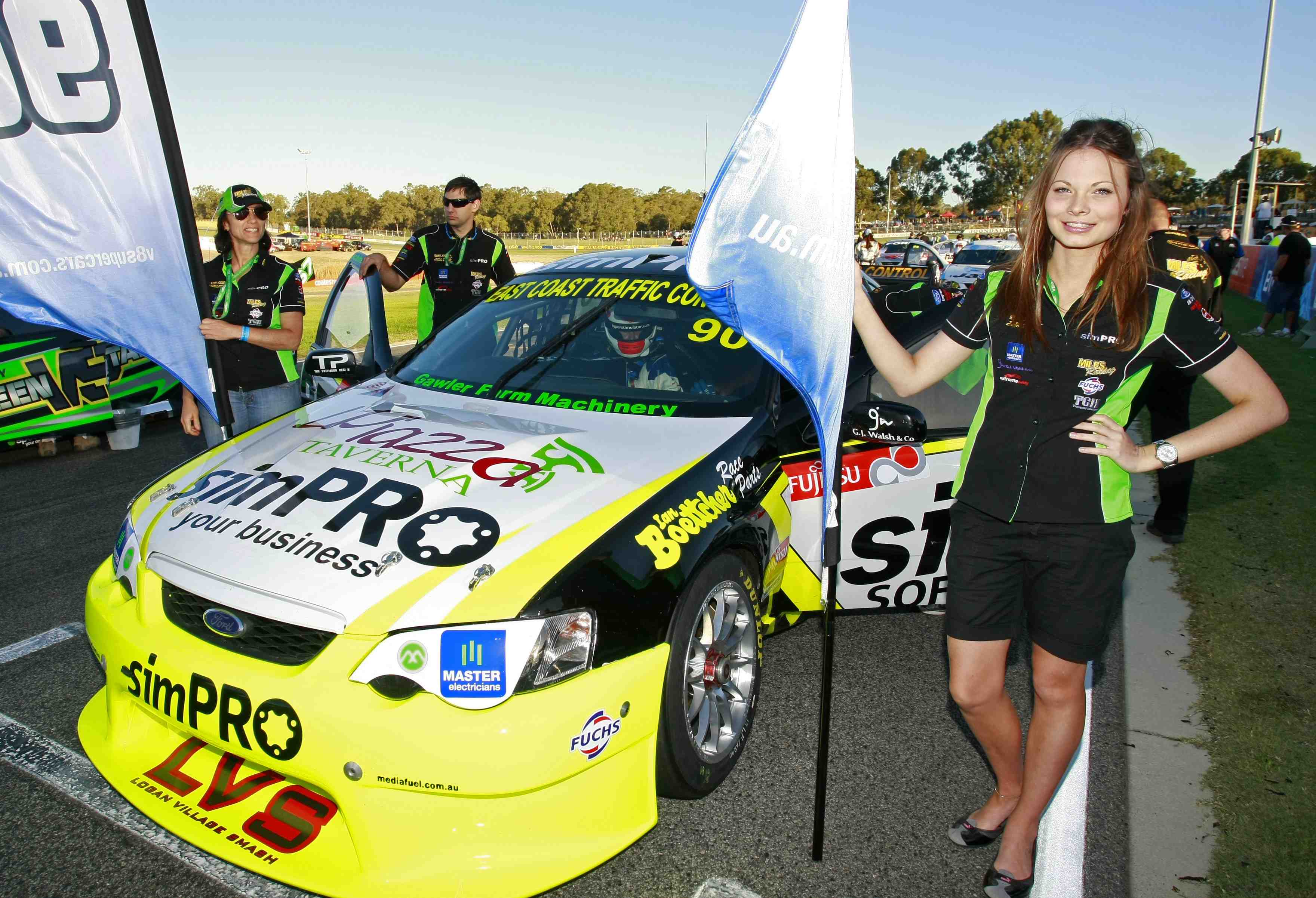