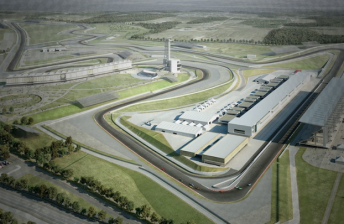 V8 Supercars will compete in the United States from 2013, competing at the new Circuit of the Americas in Austin, Texas.

Following Speedcafe.com’s breaking story on Monday, V8 Supercars has announced a five-year deal to race at the yet-to-be-constructed race track.

V8 Supercars also announced that the Speed network will televise the two 200km races live and throughout North and South America.

The event will also be telecast back to Australia and New Zealand and around the world via V8 Supercars international broadcast partners.

V8 chairman Cochrane said this is one of the biggest deals ever put together by the sport. 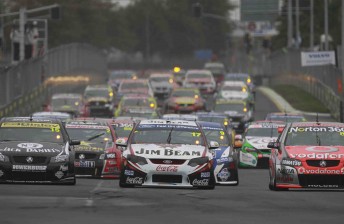 “North Americans have embraced V8 Supercars through the Speed network in a way that is beyond anything we could have imagined,” he said.

“It’s an amazing feat for an Australian-born sport, or business, to have such popularity in the world’s largest motorsport market. This is a huge deal for V8 Supercars and one that all Australians should be proud of.

“Our sport is delighted to have entered this partnership with Austin and the incredible Circuit of the Americas. This is a truly amazing place and one we hope many Australians will travel to.

“Americans and Canadians will, and do, love V8 Supercars. “

“V8 Supercars now joins Formula One, MotoGP, NASCAR, the NFL, NBA, NCAA and USTA, among the many that have chosen Texas to host major events in the last few years. This is more good news for the Lone Star State, and will provide a significant boost to the economy of Central Texas.”

Queensland Premier Anna Bligh, who met with the Governor as part of her 10 day trade mission to the United States, said the deal was a significant achievement for V8 Supercars. 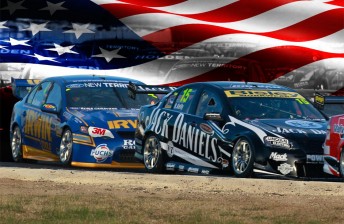 “Queenslanders love their V8s. Today’s announcement is a significant development for the sport, raising the international status of V8 Supercars,” Bligh said.

“V8 Supercars are a home grown Queensland success story and are now set to shine in the U.S., the world’s number one car racing centre.

“It is another example of our commitment to developing new industries and putting them squarely on the world stage.

“The deal will have ongoing economic benefits for Queensland as it is a great opportunity to promote our state and encourage new tourists to visit.”

“We’re thrilled the racing world is so excited about our facility. Austin is poised to become the premiere North American destination for international motorsports. In addition to hosting the 4 wheel and 2 wheel world championships, the United States will now enjoy the world’s best touring car series here in Austin.”

A date for the race is yet to be set.

The Circuit of the Americas is under construction to host the 2012 Formula One United States Grand Prix and the 2013 MotoGP Grand Prix World Championships. The 5.5km state of the art circuit is the first purpose-built Grand Prix Circuit in the United States.

The circuit also received encouraging news yesterday as well, with the Austin City Council voted to officially endorse the Formula One United States Grand Prix event for the Texas city in 2012. Council members had been deliberating on the issue for weeks after doubts that city taxpayers would be put at risk by their endorsement of the F1 race. The endorsement also ensures that the facility will be one of the ‘greenest’ race tracks in the world. 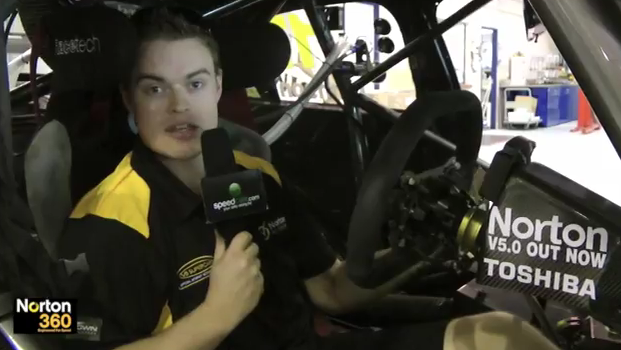