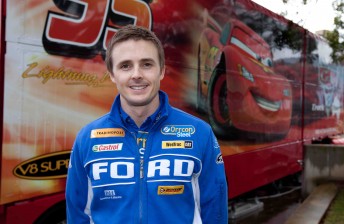 Mark Winterbottom's regular #5 will be rested for Townsville, replaced by #95

Mark Winterbottom will change his race number at next weekend’s Sucrogen Townsville 400 in North Queensland, competing with #95.

As part of a promotion around the new Cars 2 movie, which Winterbottom makes a cameo appearance in, the Orrcon Steel Ford Performance Racing Falcon will add a ‘9’ to his number, replicating Cars 2’s leading character Lightning McQueen.

Also, Winterbottom’s last name will be absent from the side windows, replaced with ‘Frosty,’ Winterbottom’s nickname and the name of the character that he voices in the Disney.Pixar film.

“It will be great to bring Cars 2 to the racetrack and although it will be a little strange to not see number five on my car, it is a great honour to be using the same number as a racing legend like Lightning McQueen,” Winterbottom said.

“Obviously Frosty spent a bit of time chatting with him at the party for the World Grand Prix so hopefully I can put McQueen’s tips to good use when we get to Townsville.

“It is also pretty cool to have the name Frosty on the car, though I hope with all the changes our fans will still realise it’s me driving and not that good looking car from the movie.”

Next weekend’s Sucrogen Townsville 400 will also host the first stop of Disney.Pixar’s Cars Truck Tour at a V8 Supercars event.

For more with Mark Winterbottom and his race engineer Campbell Little, check out this clip below … 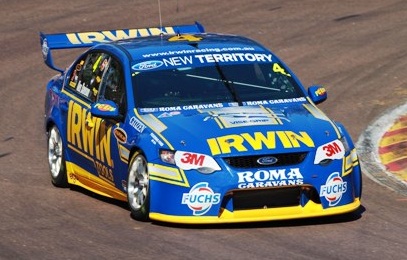 Previous Story Holdsworth to decide on his GRM future soon