The side of Greg Murphy's #11 Kelly Racing car

The third-generation of Greg Murphy’s Pepsi Max Crew Commodore livery has been revealed.

The car will feature ‘Cool the Burn’ branding on the rear quarter of the #11 Kelly Racing-prepared Commodore VE. 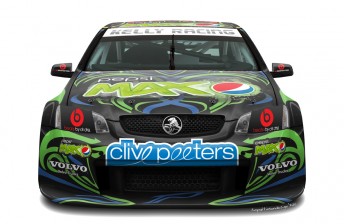 The front of Murphy's Pepsi Commodore

The Commodore is predominantly black, with flashes of green and red to signify the ‘lime’ and ‘chilli’ in the brand’s flavours.

This is the third in five Pepsi Max Crew liveries for 2011. As reported previously, the next new Pepsi livery will be unveiled before Bathurst, with the fifth and final for the season to be run at the season-finale in Sydney.

The Pepsi Max Crew Commodore will be seen at the next event on the V8 Supercars Championship calendar at the Sucrogen Townsville 400 next week.

Are you coming to Townsville for the V8s? Speedcafe.com is hosting a Sunday night after party in The Greenroom. CLICK HERE to pre-purchase your $10 ticket to the coolest party in town.

Next Story Holdsworth to decide on his GRM future soon 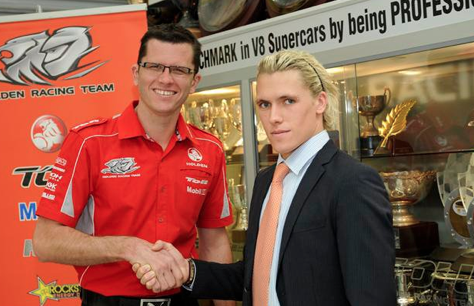