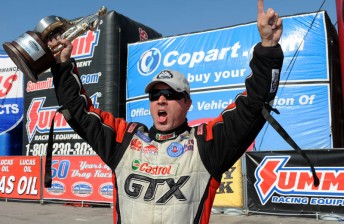 Mike Neff took another win for JFR in Norwalk

After qualifying in the number one position, Worsham went on to win the event, despite having to drive around Antron Brown in round two’s monster matchup.

Massey had his own monster matchup in round two, where he took on Tony Schumacher. After dealing with the former champ, he then had to contend with Larry Dixon in the Semi. Although winning last weekend, Dixon was no match for Massey, bowing out with a 3.929 at 296.11mph against Massey’s 3.899 at 299.33mph.

“It’s pretty amazing to go to five final rounds in the first 10 races and win four,” said Worsham. “It’s the kind of season that anybody would dream of, and it’s amazing to get it in my 21st season of racing. I have pretty high expectations, and I expect this team to compete for a championship, but I thought we’d get rolling and have to get things ironed out before we got in our groove.”

The stellar season for John Force Racing continued with Mike Neff taking his third final round victory from six appearances in season 2011.

“This is the only national event track John Force has never won a race. I was surprised when I learned that. I was hoping he would have made the final again,” said Neff, who tuned Force to the final in 2010 along with Austin Coil and Bernie Fedderly. “That would have been great for his team. They (Force) had a great car all weekend and today. Something went weird with it in the semis. We lost in the final here last year with John driving. To be able to get a win here feels great.”

Speaking of Force, he had one of his best performances of the year, being downed by Capps in the semi final. Force accounted for Jim Head and Daniel Wilkerson in early round competition.

Capps made his way into the final round driving by Melanie Troxel, Jack Beckman and Force.

Rookie sensation, Vincent Nobile took his second win of the 2011 season defeating Larry Morgan in the Pro Stock final, doing it in 6.61 at 208.26mph.

“This is seriously a nonstop dream, and I’m waiting to wake up from it, but it’s still going,” said Nobile. “We’re just going to take it one race at a time. Yes, we’re doing very well, but it’s still real early in the season. I believe there are still six more races until the Countdown [to the Championship] actually begins, so we’re just going to take it one step at a time and hopefully get a few more wins before the Countdown starts.”

“It’s awesome to be back in the number one spot,” he said. “I’m just going to continue doing what I’ve been doing and just try and improve on my riding and hopefully, more wins will come.”

The Full Throttle Series fires back into life over the weekend of July 7-10 at Route 66 Raceway in Chicago, Illinois. 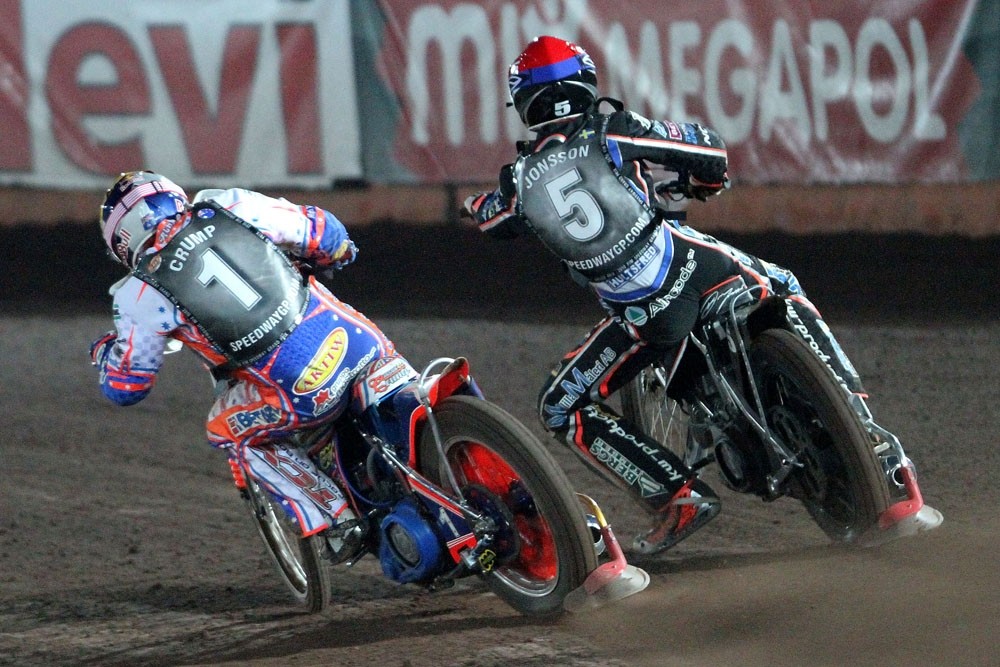 Previous Story Castrol to give Wallabies the EDGE