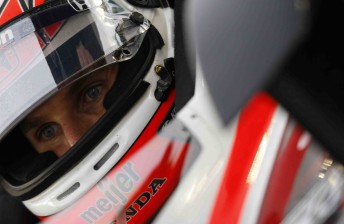 Will Power will undergo special tests before getting the all clear for the next IndyCar race after he suffered a minor concussion during an incident on Lap 90 at the Iowa Corn Indy 250 today.

The Queenslander, driving his #12 Verizon Team Penske, made right-side contact with the Turn 2 SAFER Barrier at Iowa Speedway.

Power, who was started fifth, was running 19th at the time. He was involved in a pit lane incident on Lap 26 when his car exiting its pit stall rammed the left side of the No. 83 car driven by Charlie Kimball as it was entering its pit stall. It broke the front wing assembly and bent the steering.

Per IndyCar rules, Power will have to take the IMPACT test and be re-evaluated before be cleared to drive in the Honda Indy Toronto on July 10.

“It was definitely a hard hit,” said Power, who entered the race tied for the championship points lead with Dario Franchitti.

“The Verizon car was damaged after the incident in the pits and we just had a problem with the steering and it came around on me. It’s a tough result for us tonight. We’ll do our best to get it back next race.”

Power was tied with Dario Franchitti for the championship points lead entering the race. He was credited with 21st place and now trails Franchitti by 20 points. Next Story Sebastian Vettel in control in Valencia 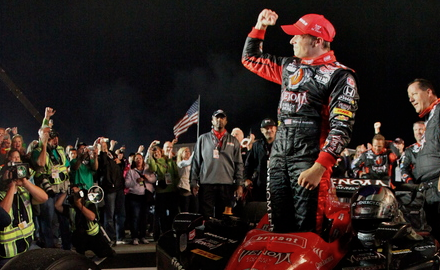