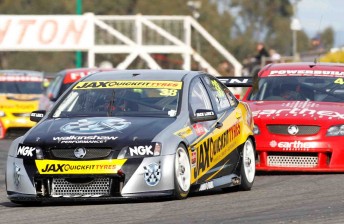 Cameron McConville will make a return to the Fujitsu V8 Supercars Series at Townsville’s street circuit in two weeks time.

The Toll Holden Racing Team endurance driver will steer the same Walkinshaw Racing-built car that he drove last year, when he took the round victory at Winton Motor Raceway.

It is expected that he will drive the Ben Egglestone-owned and run Commodore VE at Townsville and the following Fujitsu V8 round at Queensland Raceway.

McConville will partner reigning James Courtney at the Phillip Island 500 and Bathurst 1000 this year, and says the Fujitsu Series deal became a priority after Courtney dropped out of the top 15 in points at Hidden Valley – allowing the reigning champion to drive in the ‘co-drivers’ practice sessions at Townsville and Queensland Raceway.

“We were close to putting a deal together, but having James drop out of the top 15 in Darwin probably made me that little bit more determined to come back and nut out a deal with Ben,” McConville told Speedcafe.com. 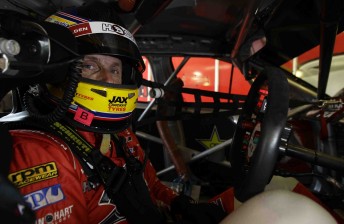 “With the support of Walkinshaw and a new sponsor which we’ll announce next week we were able to put it all together finally.

“It’s great to get it over the line so I can get some V8 racing miles in before Phillip Island and Bathurst.”

The Townsville weekend will be a busy one for McConville, who will also drive his Bundaberg Racing V8 Ute, complete his duties as ‘driver standards observer’ for Carrera Cup and Australian GT, and undertake pitlane commentary work for Network Seven.

With enduro preparation the number one priority, McConville isn’t expecting to repeat his victory of last year.

“The field is very tough,” said McConville of the 2011 Fujitsu Series.

“Last year when I raced at Winton there was probably only Steve Owen and Dave Russell to beat. This year you’ve got Jack (Perkins), Nick (Percat), Andrew (Jones) and a host of other guys. Realistically I’d like to be  run in the top half a dozen.

“I’m not going there expecting to win, but I’m expecting to be competitive, which will be a good outcome leading into the enduros.”

The Fujitsu V8 Series will support the Sucrogen Townsville 400 on July 8-10. Next Story Marco Simoncelli on pole for Dutch TT 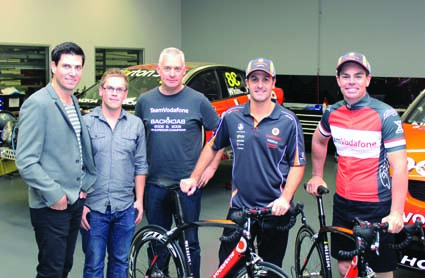 Previous Story TeamVodafone ride for a cause this weekend