Rule changes to begin this weekend 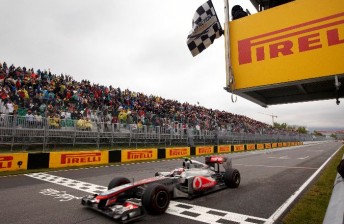 Will McLaren and Red Bull continue to have the 2011 victories to themselves after the changes?

Formula One teams will be forced to adjust to the opening instalment of a two-part crackdown on off-throttle exhaust blowing in Valencia this weekend, the FIA has confirmed.

Starting with the European Grand Prix, teams will no longer be able to adjust engine map settings in post-qualifying parc ferme. The new regulation will stamp out the practice of ‘extreme’ qualifying-only maps that are unable to be raced due to reliability and fuel consumption concerns.

From the following event, the British Grand Prix at Silverstone, the off-throttle blowing of diffusers with exhaust gasses will be banned – a move that is set to significantly decrease cornering speeds.

The regulations to be brought in state that when a driver lifts fully off the throttle pedal, the throttle itself must become fully closed, and the fuel supply to the engine must be completely cut.

This will prohibit both the ‘cold’ and ‘hot’ off-throttle exhaust blowing practices currently taking place within the field.

It is understood that cold blowing, which sees throttles remain 100 percent open during cornering while the fuel supply is cut, was mastered by all teams last season.

Hot blowing, which involves ignition timing changes that enable the engine to continue to ignite a fuel supply and push hot gasses through the exhaust without driving the engine itself when the driver is off-throttle, is believed to have been a key performance differentiator so far this season.

According to Lotus Renault GP technical director James Allison, the effect of the regulation changes on the established pecking order will be hard to predict.

“It is not easy to judge the effect of this change on our competitiveness,” said Allison of LRGP’s potential fortunes.

“The loss for each blown floor car will come from two separate effects – how much downforce will you lose and, in addition, how much will the loss of this downforce upset the balance of the car.

“All blown floor cars will lose downforce under braking as a result of these new restrictions. Some teams will lose more and some teams less; it is hard to know exactly what relative loss LRGP will suffer.

“However, it is possible that we will suffer less on the balance shift side of the equation because our forward exit exhausts produce their effect quite near the middle of the car. This means that as the exhaust blow waxes and wanes, it does not really disturb the aero balance of the car too much.

“With a rearward blower, the downforce from the exhaust is all generated at the rear axle. As the new rules reduce the blowing effect on corner entry much more than corner exit, it is possible that the rearward blowers will tend to suffer more nervousness under braking and more understeer on exit as a result of the new restrictions. We will find out in Silverstone.”

Exhaust blowing will be banned altogether next season, when the FIA mandates ‘periscope-style’ exhausts that exit via the top of the engine cover. 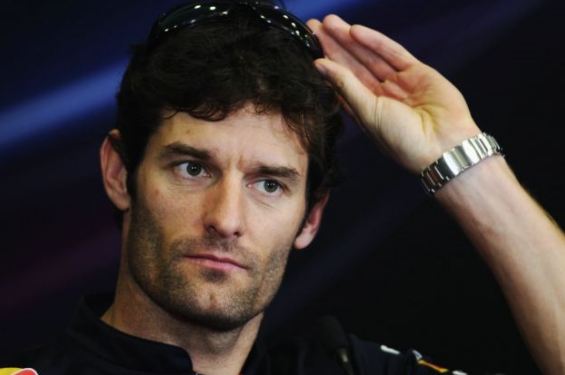 Next Story Webber not phased by F1 rule changes Previous Story V8 engines to stay in F1 until 2014