Jonathon Webb’s Tekno Autosport team will have a new team manager for the next round of the V8 Supercars Championship at Townsville.

With Jenkins stepping into the main role, McElrea will revert to running his own Carrera Cup outfit.

Jenkins comes to the team with over three decades of experience in motorsport. His past roles have included general manager, operations consultant and chief mechanic with Hitech Racing, Formula One team Stewart Racing and was the Number 1 mechanic to Ayrton Senna and Alain Prost in their days at McLaren.

“The chance to work with one of the brightest prospects in V8 Supercar racing provides a new and exciting challenge.”

Team owner/driver Jonathon Webb is looking forward to the experienced Jenkins coming onboard.

“We are delighted to have a strong operator like Bruce join the Mother Energy Racing Team,” said Webb.

”Bruce has enjoyed a wealth of success in his career and we believe his exceptional management skills and vast racing experience will further strengthen our entire team.”

Jenkins replaces McElrea, a close friend of the Webbs. McElrea told Speedcafe.com that it was always their intention to find a full-time team manager this year.

“I’ve enjoyed my time with the Webb’s and the team,” he said.

“They were always after someone full-time to look after the team, and with my other commitments, that wasn’t possible, but I have really enjoyed working with them.”

“He has helped us pull together a first class team from scratch and has put many hours into the team’s management.”

Jenkins will begin his role with the Mother Energy Racing Team prior to the Sucrogen Townsville 400 in July. 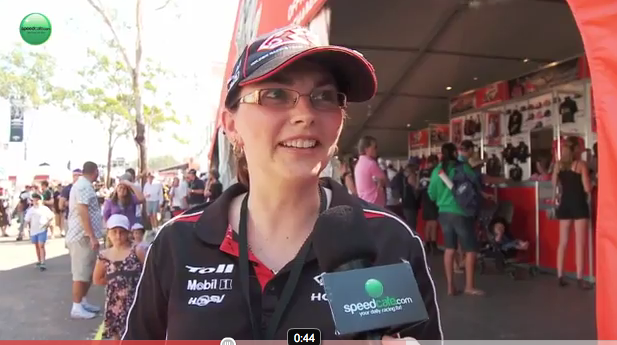 Next Story What about the fans?! V8 team mechandise