Hamlin holds on for maiden 2011 victory Hamlin has now won 17 Sprint Cup races in his career

The FedEx Camry held off Roush Fenway’s Matt Kenseth by just 0.28s after Hamlin emerged from a final round of pitstops in the lead with eight laps remaining.

The caution had been brought out by a wrecking Dale Earnhardt Jr, who cut a tyre after earlier contact with team-mate Mark  Martin.

Edwards, who won the Nationwide race at the Michigan venue, passed Kenseth and Busch to take the lead following what would turn out to be the penultimate caution on Lap 158, but did not have the pace to contend in the closing laps.

The Lap 158 caution was flown after a slowing Juan Pablo Montoya was heavily collected by Andy Lally in the tri-oval.

Australian Marcos Ambrose finished the race on the lead lap in 23rd position.

Jimmie Johnson’s winless record at Michigan continued, with the five-time defending champion finishing in 27th position after bringing out the first caution of the day with a spin off of Turn 2 on Lap 7.

Carl Edwards continues to lead the points standings after 15 of 36 races.

See below for the championship points after 15 of 36 races 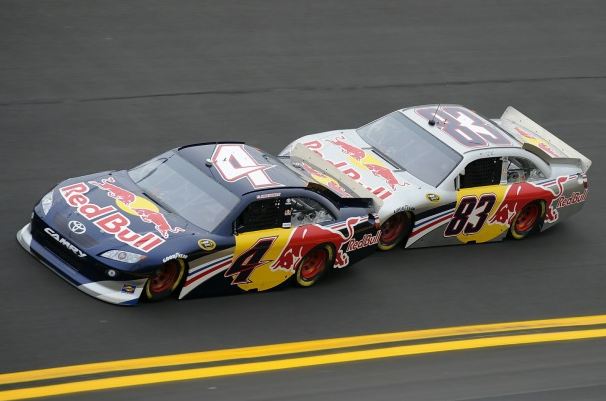 Next Story Red Bull to pull out of NASCAR