Pole for Franchitti as Power struggles Franchitti will start on the pole at Milwaukee

Dario Franchitti and Target Chip Ganassi Racing turned the tables on Will Power in qualifying for the Milwaukee 225.

The reigning champion took his team’s first pole position of the season with a 170.84mph two-lap average on the one-mile race track.

Helio Castroneves was the best of the Penske Racing entries in second place, while his Australian team-mates Ryan Briscoe and Will Power could only manage eighth and 17th respectively.

Scott Dixon will line-up behind his team-mate on the second row, while KV duo Tony Kanaan and Takuma Sato round out the top five.

For the second time in three events, HVM pilot Simona de Silvestro was hospitalised following a nasty crash. De Silvestro was reportedly awake and alert after the incident, reporting stiffness. 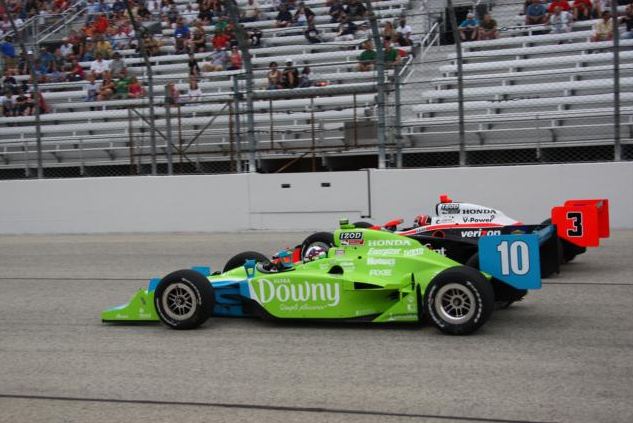