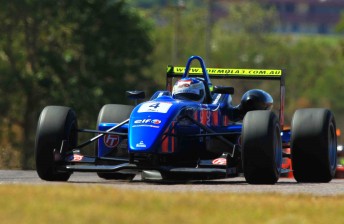 Kristian Lindbom has won Round 2 of the Australian F3 Championship – the City of Darwin Cup at Hidden Valley Raceway this weekend.

With a last-minute deal placing him behind the wheel of the #4 Team BRM Dallara for this round only, Lindbom did enough to take the most points away from Formula 3’s first visit to Darwin, including victory in Race 3.

After finishing second in Race 1 yesterday and third in this morning’s 14-lapper, Lindbom assumed the lead on the opening lap of the third race after John Magro and Bryce Moore ran wide at Turn 1 while battling for the lead.

Lindbom was never headed from there, ecstatically pumping the air with his fist as he took the flag after 12 tough laps.

Earlier in the day, regular Team BRM driver John Magro won his first career race – but all eyes were on Lindbom who actually survived a high-speed ‘off’ at turn seven while leading, costing him the race victory.

“To be honest, it’s a bit of a dream come true,” Lindbom said.

“45 minutes before the first practice on Friday the team were telling me what needed to do in terms of raising the sponsorship to get in the car, and now I’ve won the biggest race of the year. It’s pretty surreal.

“It’s just been an amazing weekend and so much has happened it’s pretty hard to take in. I have to thank Lucas Dumbrell and everyone at LDM for their support in making this happen, and for all the other sponsors who have come on to support it.
“This has to be one of the biggest wins of my career and I can’t believe it!”

West Aussie rookie Bryce Moore was second overall for the weekend. While he didn’t score the outright results he was seeking, he did twice set the fastest lap, leaving Darwin with the new Formula 3 lap record and within four points of championship leader James Winslow.

Making ‘another comeback’ was former champion Tim Macrow, who finished third overall after a gutsy drive to third outright in the final race – the Melbournian also winning the National Class for the weekend.

Winslow had a frustrating day, though managed to maintain the championship lead despite failing to finish the second race.

Winslow and a fast-starting Chris Gilmour were fighting for the lead in today’s first race when the pair controversially came together in the turn five left-hander, the contact turning Gilmour’s car high on its side and almost rolling it completely before it crashed to the ground.

Race officials later penalised the British driver for the contact, relegating him to the rear of the field for the final race – where he was able to storm through to finish fourth; Gilmour going two better to score second in the same race, his best F3 race finish since 2006.

The Formula 3 Australian Drivers Championship will resuming at Eastern Creek’s Shannons Nationals round on July 14-17.

Australian F3 announced today that it plans to compete at Bathurst next year. CLICK HERE for full details. 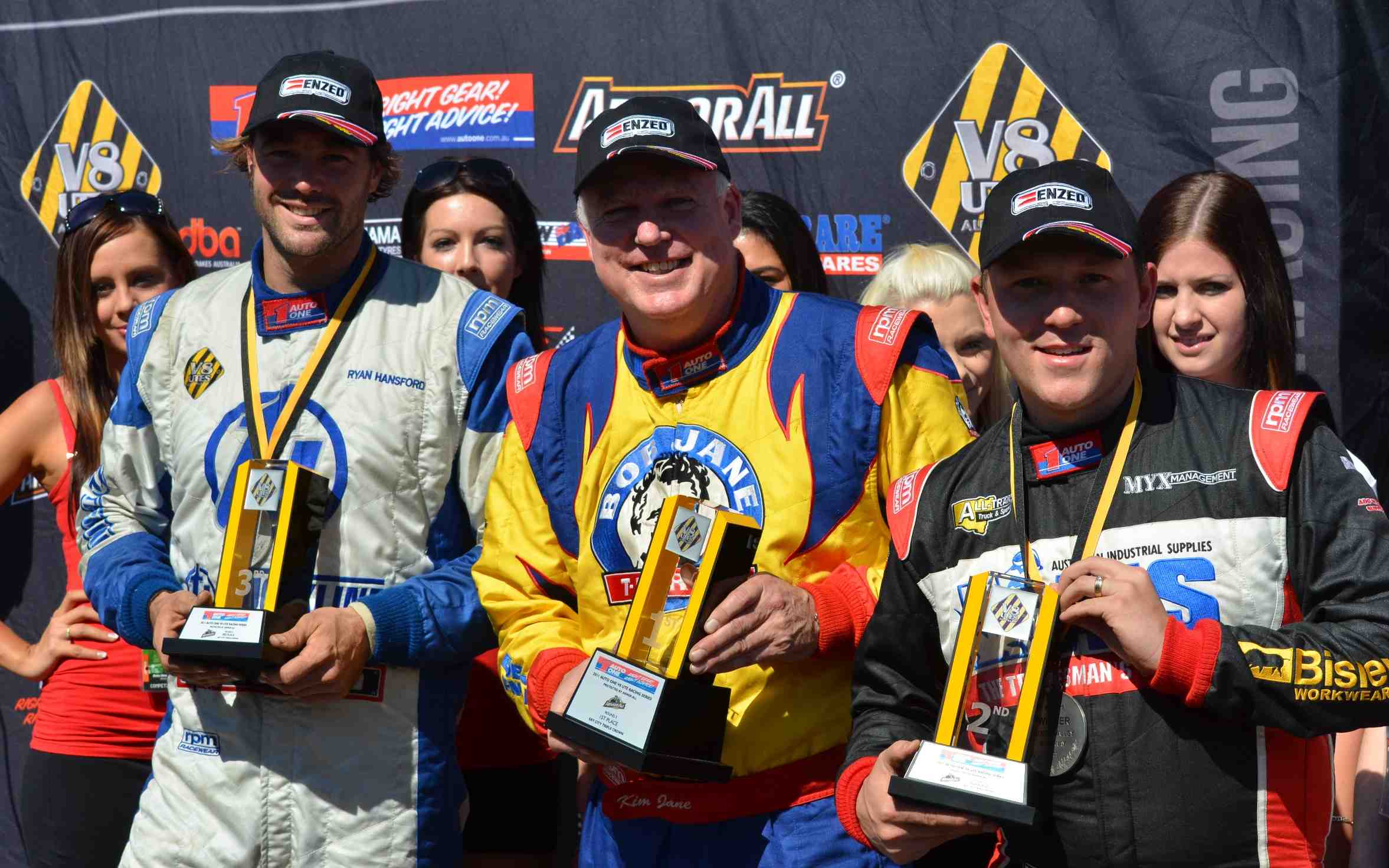 Next Story Kim Jane takes V8 Utes round at Darwin 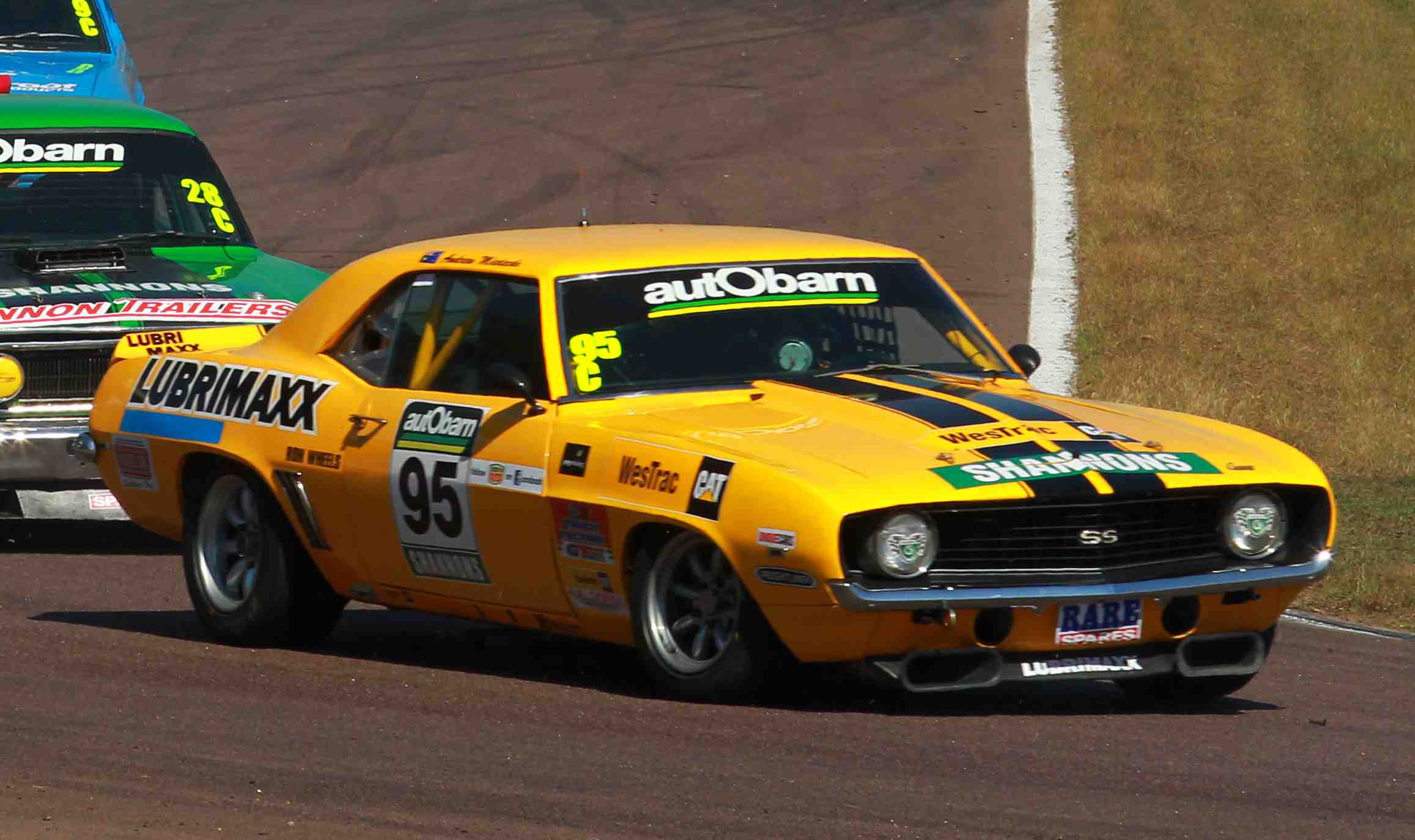