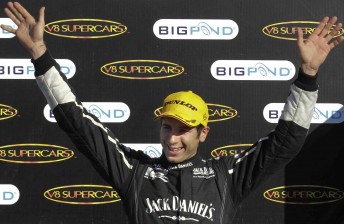 Rick Kelly on the podium after winning today's race

The Jack Daniel’s Racing driver scored a fortunate victory today, moving from fifth to first in a dramatic first turn incident during the final restart.

Despite the maximum points effort, Kelly said post-race that his team needs to find more pace in the JDR Commodore to challenge the likes of TeamVodafone.

“We still need to find pace here to match the guys in front,” Kelly said.

“(But) these sorts of results are what we’re going to need to get back up there.

“At the moment, we don’t have the car to challenge the two Tripe Eight cars, but we’ve certainly got the opportunity for challenging for third. We need to focus on that and then start chipping away on first and second.

“We know what we’ve got to work on. The cars have got really good adjustability with the cars and their tuning. I’m pretty confident that we can chip away at it, but I don’t know if we can repeat it tomorrow on outright pace, we’ll need a bit of luck on our side.”

Kelly’s race win moved him from sixth to third in the title, and he says he was keeping a eye his close title rivals during the race.

“I saw a couple of the guys who jumped us at Winton were down the field in qualifying, and I kept an eye on those guys in the race,” he said.

“When you’re coming out of the hairpin, you can see where everyone is, and I could see that (Jason) Bright and (Garth) Tander were having a tough day. When the debacle happened at Turn 1, we were able to get through and I knew we’d be good for points.”

The V8 Supercars resumes tomorrow, with qualifying to be held at 12pm, followed by Race 13 at 2.35pm.

CLICK HERE for a full report and results from Race 12 in Darwin today. 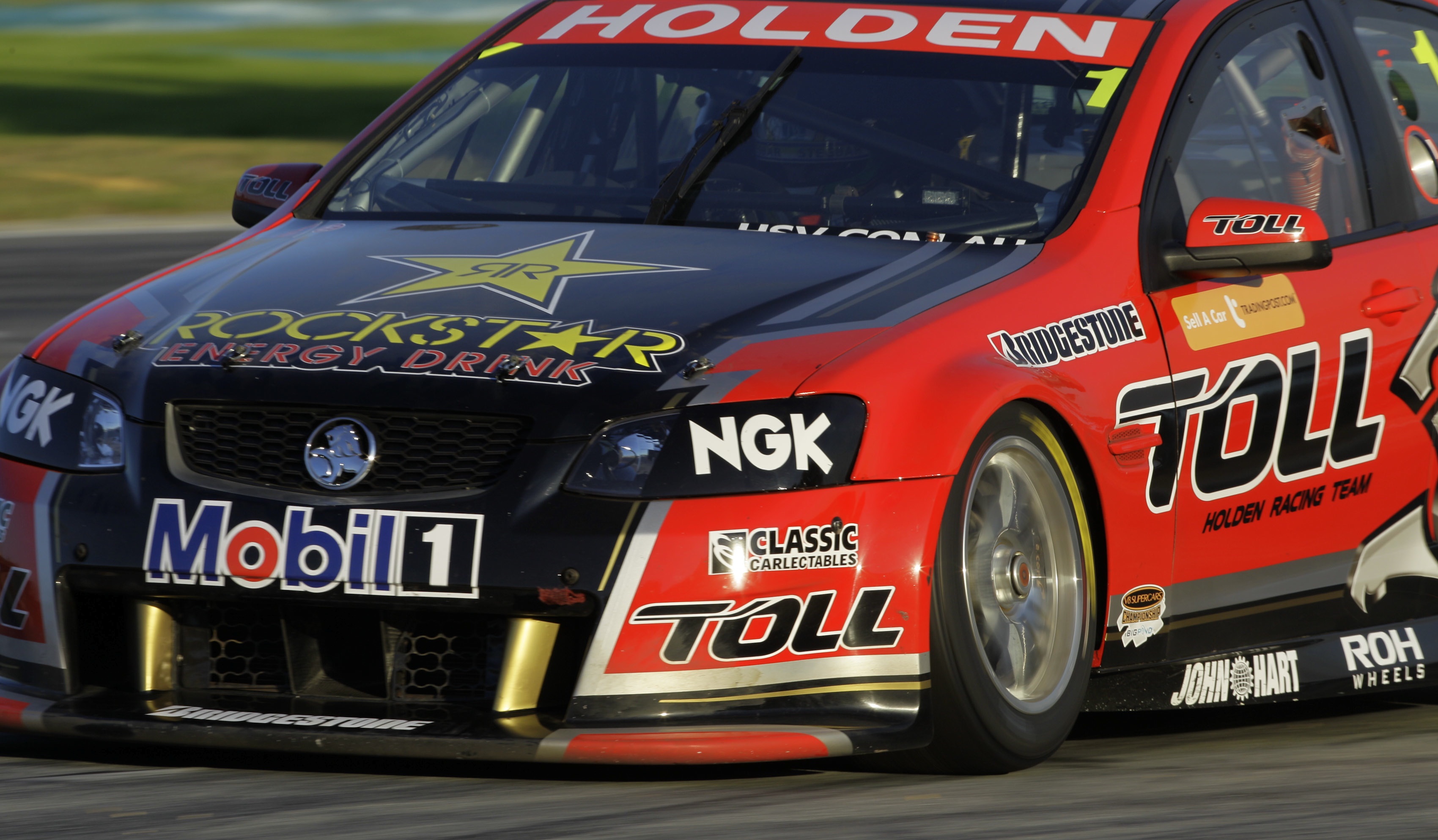 Next Story Toll HRT: We got it wrong today 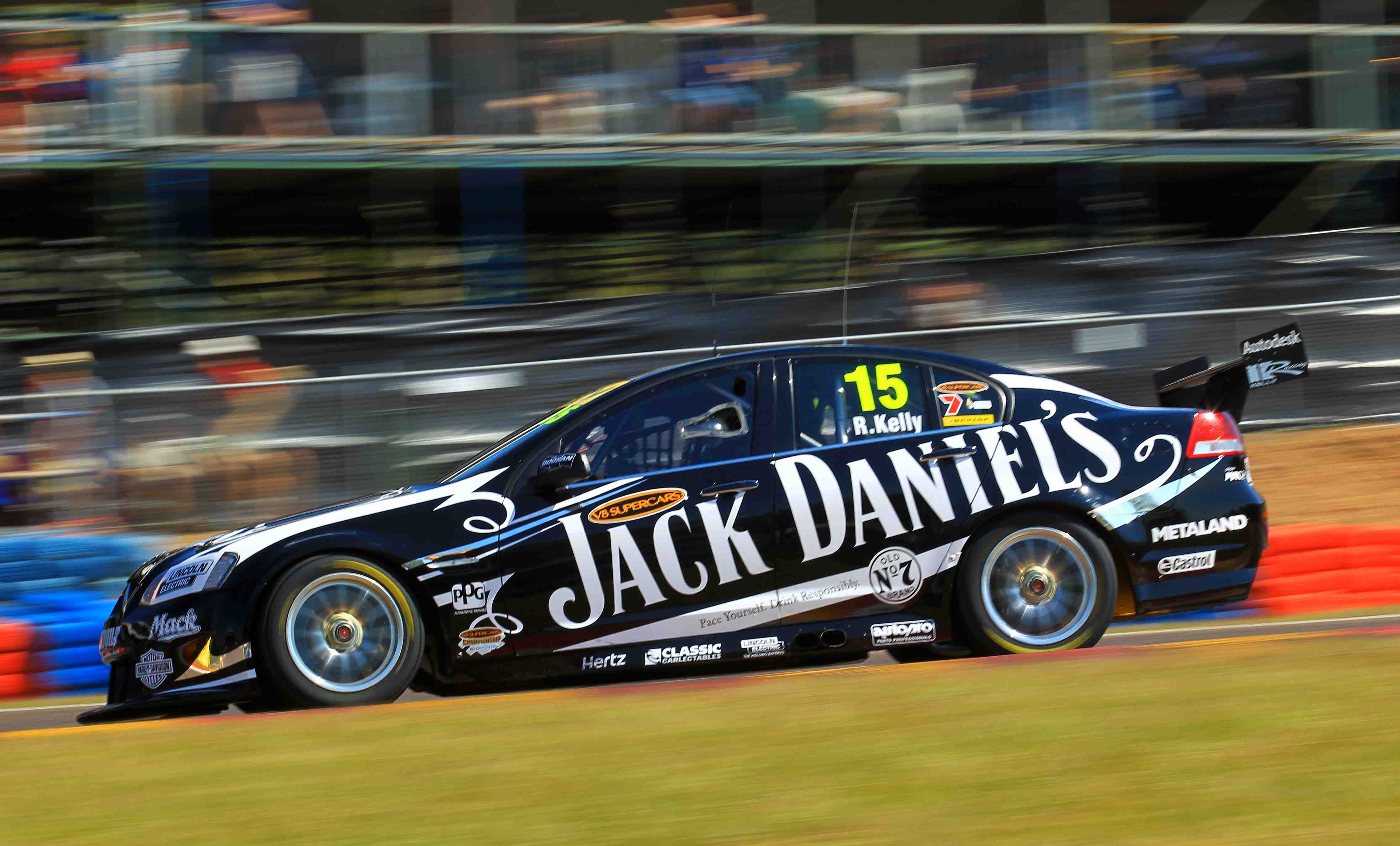