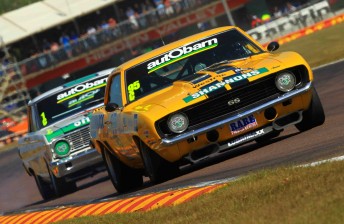 Bowe qualified on pole by a considerable margin but didn’t have the pace to run at the front.

Class A was won by Terry Lawlor (Porsche 911), while Class B was taken by Ian McAlister (Ford Mustang).

Two races will be held at the Darwin circuit tomorrow.