Mark Winterbottom has rued a restart mistake that cost him victory in Race 12 of the V8 Supercars Championship at Hidden Valley Raceway today.

The Orrcon Steel Ford Performance Racing driver dominated the first 36 laps of the race until a late Safety Car period led to a dramatic finish.

Winterbottom told Speedcafe.com post-race that the Safety Car appeared to leave the track slowly, and in turn, he was too slow to accelerate at the restart, allowing three other drivers to get alongside him into Turn 1.

“I just should have got onto it earlier. I was waiting for the Safety Car to go in, so you kind of can’t do much,” Winterbottom told Speedcafe.com.

“Obviously there weren’t many laps to go, and I was just trying to control the pace and wait for the Safety Car to go in. When it went in, I was about to go and I got hit in the back, which pushed me a little bit wide.

“Once I got the nudge I was sort of just boxed – I couldn’t do much about it. Once you lose your overlap you can’t get back across. So the tap didn’t help me too much.

“What do you do? There was chaos at Turn 1, but I wasn’t going to yield to either of them. What happened at Turn 1 happened.”

After taking pole and dominating the race, Winterbottom says that a win today would have been a just result.

“A win would have been just what we needed. It’s disappointing, but at least we’ve got car speed, so we’ll fix it, come back tomorrow and try again,” he said.

The stewards are investigating the incident this evening.

CLICK HERE for Jamie Whincup’s thoughts on the Turn 1 incident.

See below for highlights of Race 12. 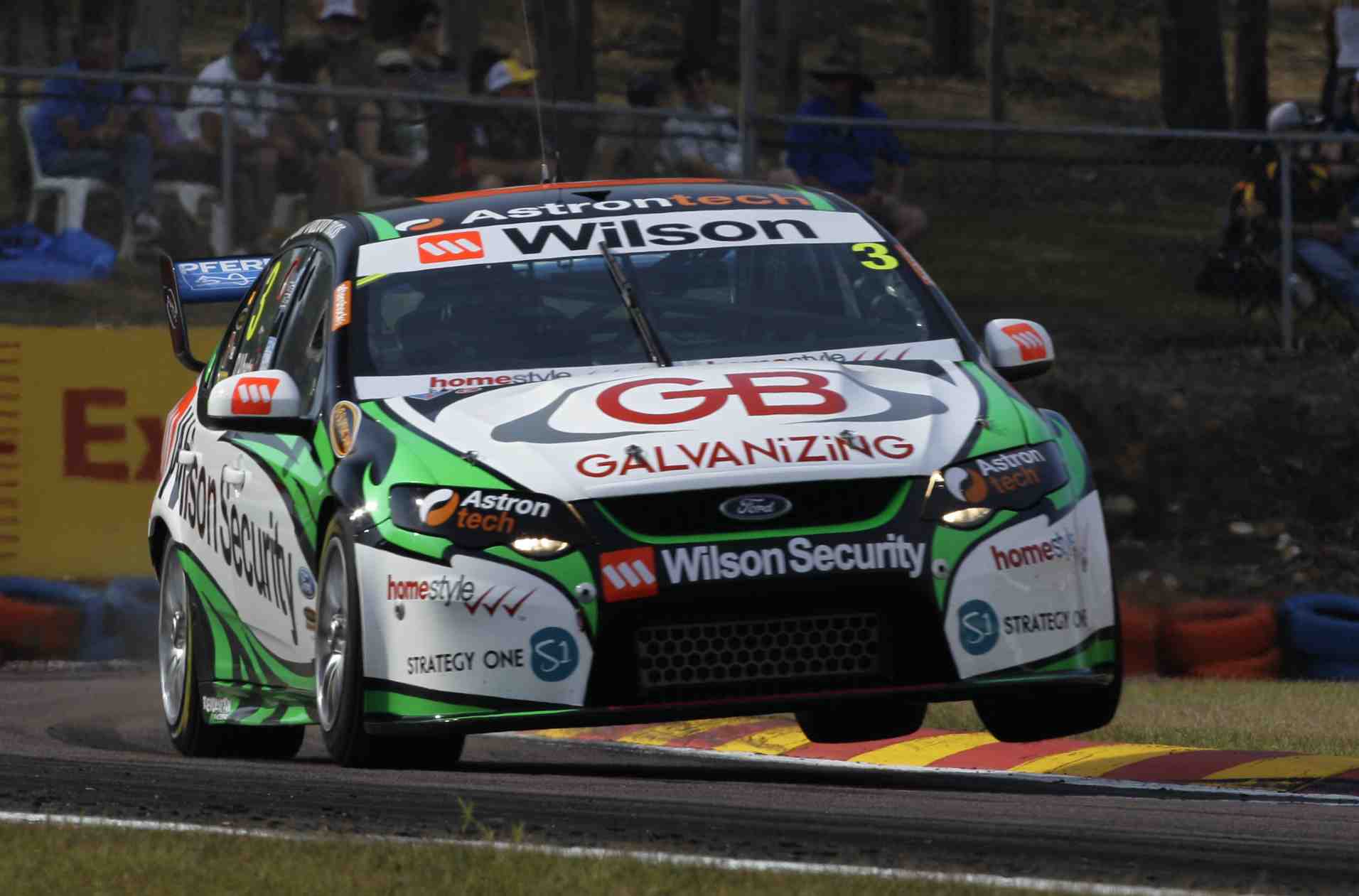