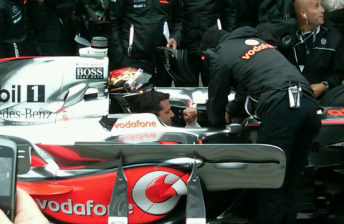 Tony Stewart and Lewis Hamilton have completed their car swap at a wet Watkins Glen International.

The NASCAR and Formula One stars completed warmup laps in their own cars, before Hamilton hopped in Stewart’s #14 Stewart Haas Racing Chevrolet, completing six laps over the 3.4-mile long course on rain tyres.

Hamilton also did a burnout, much to the approval of the fans at the track.

Stewart then got into the McLaren Mercedes MP4-23 that Hamilton drove to the 2009 F1 title – the same car that TeamVodafone drivers Jamie Whincup and Craig Lowndes drove at Albert Park and Bathurst respectively. Stewart completed four laps. No official lap times were recorded. 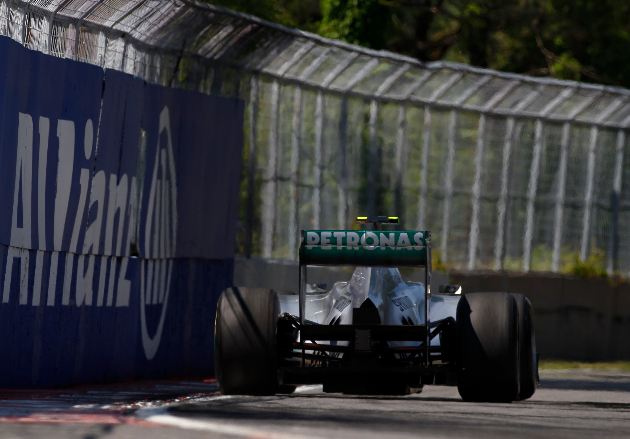