Home » News » Karting » Sera versus Sera at Stars of Karting

Sera versus Sera at Stars of Karting 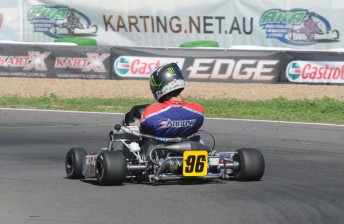 David Sera is hoping this will be the view his opposition will see this weekend in Melbourne. Pic AF Images

Over the past ten years the name Sera has been synonymous with victory at major karting events across the country.

With 14 National Championships between them, cousins David and James are two of the best drivers of the modern karting era and this weekend they will go head to head in Australia’s elite karting series.

The duo will line up in the Pro Gearbox category at this weekend’s third round of the CIK Stars of Karting Series presented by Castrol EDGE at the Todd Road circuit in Port Melbourne.

While David Sera, the younger of the pair, currently having two wins from two starts in the series, his cousin James is this weekend making his debut in the highly competitive category.

“I definitely need a bit more experience in the kart especially on the Dunlop tyre as they are a little different compared to the MG tyres we use in Clubman and Leopard.

“I tested the other week and I finished up only two or three tenths (of a second) off David but I’m reasonably confident I can find that extra pace. However, in saying that he’s not the only one out there, the field is filled with top drivers and I’m really looking forward to the new challenge.”

David is conscious that it is not only James who will be tough to beat if he is going to maintain his perfect record in the series.

“It’s so competitive in the series, I honestly believe that there could be upwards of a dozen drivers who have a realistic shot at finishing on the podium this weekend,” said Sera.

“Already this year we’ve had six different drivers finish on the podium across the opening two rounds and I think it will be just as competitive this weekend.”

Practice for this weekend’s round will be held on Friday ahead of qualifying and heat races on Saturday. A pair of finals will be contested on Sunday from 9am. 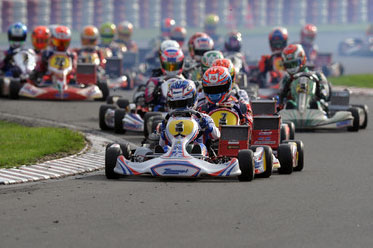