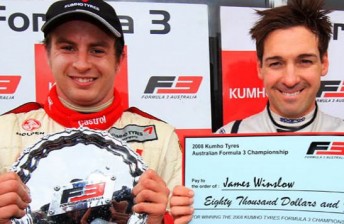 Macrow (left) and Winslow after the latter took the 2008 title

Macrow has completed a deal to drive the F304 model Dallara that he successfully campaigned in last year’s final round at Sandown.

The news means that the inaugural City of Darwin Cup will see Macrow, the 2007 F3 champion, take on 2008 champion James Winslow, who won the opening round of this year’s season at Winton last month.

“James and I had some great races in ’07 and had a pretty good rivalry going,” said Macrow

“He’s a tough competitor. He’s very experienced and very fast as we saw at Winton and right throughout his Aussie career in 2007 and 2008.

“He’s a hard but fair competitor and we were very evenly matched in the races we had, so it will be good fun to turn back the clock a couple of years and have another go

“I was sitting there, at Winton, watching him race last month and I thought Darwin would be a good opportunity to get out again and rekindle that rivalry we had going in 2007.

“The lure of racing at Hidden Valley was also big decider in us going – it’s an awesome track and I wanted to be part of Formula 3’s debut there.

“There is a great atmosphere amongst the series and everyone is excited to go to the top end and be part of what everyone says is one of the best events of the season.” 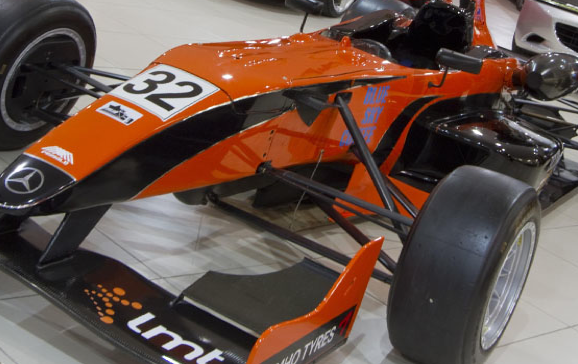