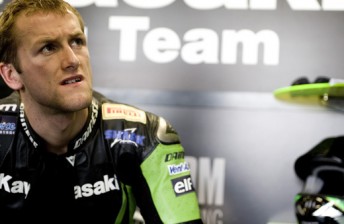 Kawasaki Racing Team Superbike’s Tom Sykes used all his experience and pace to take a popular pole position at the World Superbike round at Misano in Italy.

The Britain overcame wet but slowly drying conditions better than his rivals to take Kawasaki’s first pole on the new Kawasaki Ninja ZX-10R.

His last pole was in similar conditions at Imola last season, on the previous model of Kawasaki.