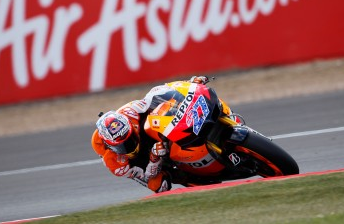 Casey Stoner has taken the lead of the MotoGP world title by surviving a wet British Grand Prix at Silverstone.

From pole, Stoner dropped to third place on the first lap before picking off Jorge Lorenzo and team-mate Andrea Dovizioso in trying conditions.

It was Stoner’s 27th MotoGP win, and he did it in dominating style.

Dovizioso held on to take second place, while the challengers around him failed.

Lorenzo threw away his title lead with a mistake, soon followed by Marco Simonchelli, who looked certain to score his first MotoGP podium before his crash.

The mistakes of the leading riders allowed Colin Edwards on his Tech 3 Yamaha to take a popular podium place. The Texan’s result is remarkable, given that he is still recovering from recent surgery.

Lorenzo’s accident was the second exit of the Yamaha factory entries. Just before Lorenzo went down, recently re-signed Ben Spies crashed out of sixth place.

The next round of MotoGP will be held at Assen next week. 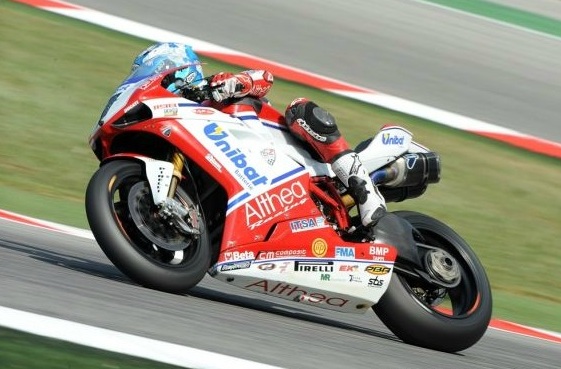 Next Story Checa unstoppable at Misano 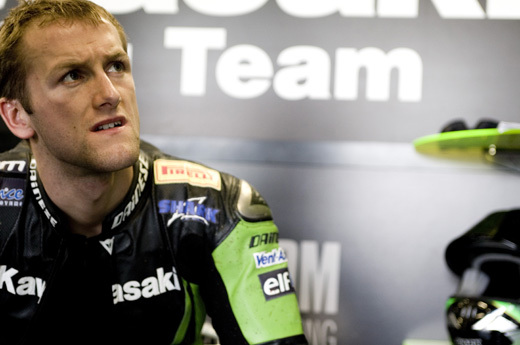