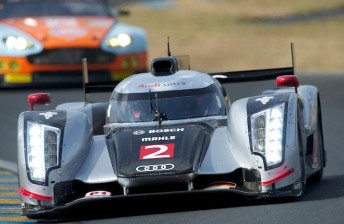 The only remaining Audi leads at the half-way mark

Rockenfeller’s crash saw the Safety Car lead the field for much of Hours 9 and 10, with Truleyer holding an almost three minute advantage over Sebastien Bourdais in the #9 Peugeot when racing finally resumed.

With the thirstier, but quicker, Audi R18 making its 14th pitstop just prior to the end of Hour 11, the gap between the two cars after 12 Hours stood at just 55s.

The #8 and #7 Peugeots run third and fourth, with Alex Wurz just a minute from Truleyer and Stephanne Sarrazin also on the lead lap.

Jan Magnussen leads the way in GTE Pro in the #74 Corvette Racing, running 15th outright, a lap ahead of Toni Vilander in the #51 AF Corse Ferrari, and Marco Holzer in the #75 ProSpeed Porsche.

The two highly fancied BMW entries sit sixth and ninth in class, with the #56 entry having lost nine minutes solving a misfire in Hour 8.

Labre Competition sit in a healthy position in GTE AM, with its #50 Corvette leading its #70 Porsche, while the #81 Flying Lizard Porsche sits third. 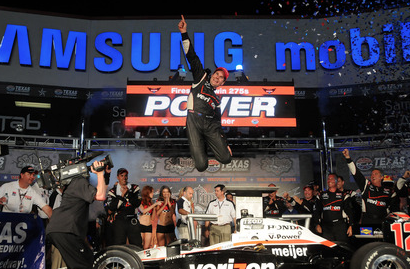