Audi Sport Team Joest leads the way at one quarter distance in the 2011 Le Mans 24 Hours, despite losing its star entry in an enormous crash.

The #2 R18 of Marcel Fassler, Andre Lotterer and Bernoit Treluyer held a one-minute advantage over the #7 Anthony Davidson/Marc Gene/Alexander Wurz Peugeot after six hours, with the two cars trading the top spot thanks to superior fuel economy from the slightly slower French entry.

The opening stanza of the race was punctuated by an hour-long Safety Car period, brought out when Allan McNish clipped the Ferrari 458 of Anthony Beltoise, which sent the #3 Audi shooting through the gravel trap before flipping onto the tyre barriers in the Dunlop Curves.

CLICK HERE for Speedcafe.com’s story and video on the crash

The remainder of the diesel entries continued to run strongly at quarter distance, with Marc Gene holding the #9 Peugeot in third position, ahead of Nicolas Minassian in the #8 Peugeot and Mike Rockenfeller in the #1 Audi.

The race was a complete disaster for the Aston Martin Racing AMR-Ones, with the #007 entry spinning thanks to a mechanical issue inside the first 10 minutes of the race, while the #009 stopped simultanously on Mulsanne Straight.

The battle for the lead in GTE Pro looks set to rage throughout the night, with quarter distance seeing Richard Westbrook in the #73 Corvette Racing entry leading Andy Priaulx in the lead BMW M3 and Jaap van Lagen in the ProSpeed Porsche.

Corvette also leads GTE Am, with Labre Competition’s entry holding off the Flying Lizard Porsche and the Krohn Racing Ferrari.

Next Story Second huge accident for Audi at Le Mans 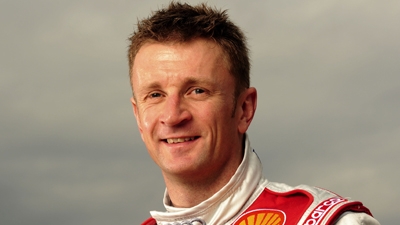