Home » News » NASCAR » Ambrose taken out of Prelude to Dream

Ambrose taken out of Prelude to Dream 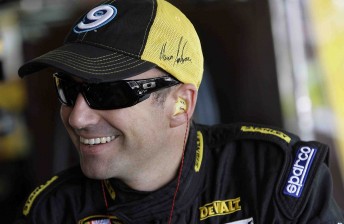 Marcos Ambrose’s promising run in the charity dirt track Prelude to the Dream event at Tony Stewart’s Eldora Speedway ended in disappointed, after earlier taking victory in his heat race.

Ambrose, who qualified seventh in hot laps, led flag to flag in his heat race to take a comfortable win.

The Stanley-sponsored driver survived two caution periods and a brush with the wall to edge out Ricky Carmichael, Kyle Busch, Kenny Wallace and Jimmie Johnson.

The feature race was won by Clint Bowyer, over J.J Yeley, Aric Almirola, Kyle Busch and Algaier, with the win Bowyer’s second consecutive victory in the event.

The seventh annual Prelude to the Dream was held in aid of children’s hospitals in Atlanta, Dallas, Charlotte and St Louis. 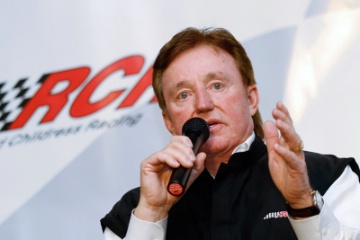