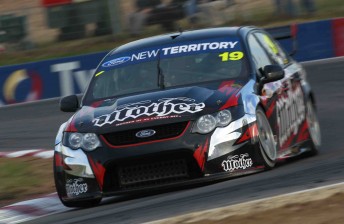 Richard Lyons will have his first laps of Hidden Valley Raceway next week.

The Ulsterman will drive Jonathon Webb’s Mother Energy Ford Falcon at the Darwin circuit during the two co-driver sessions on Friday.

Lyons in getting the laps in preparation for his drive with team in the endurance races at Phillip Island and Bathurst.

The Irishman last raced a V8 Supercar in the 2007 endurance races with TeamVodafone.

Lyons is one of 14 additional drivers joining the fray in the top end for the sixth event of championship.

It is one of four events where teams are permitted to field their endurance co-drivers in the first two practice sessions, where only drivers in the bottom half of the V8 Supercars Championship points standings are usually allowed to participate.

The Skycity Triple Crown will be held from June 17-19.

See below for a full list of teams and drivers for the Hidden Valley V8 Supercars event. Previous Story Two new cars on the way for GRM