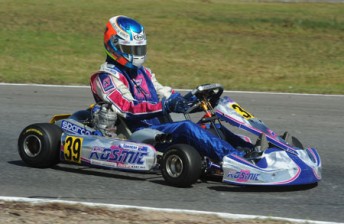 At the start of 2011 Jake Spencer’s aim was to win a round in the Pro Light (KF1) category of the CIK Stars of Karting Series presented by Castrol EDGE during his debut year.

In April, the 20 year-old achieved this goal in round two at Bolivar Raceway to take over the championship lead ahead of his home round, which will be held in Port Melbourne next weekend.

While Spencer will have the home track advantage, the JAM Racing driver is very aware of the high quality of opposition that will be snapping at his rear bumper.

“Coming into this year my aim was to win a round. Winning the last round to take over the championship lead has meant that my goals have now moved to bigger ones and I’m very motivated to stay on top of the points standings,” said Spencer.

“Todd Road is one of the most physically demanding tracks in the country, so I’ve stepped up my training and testing since the last round to make sure I’m fully prepared on my home track.

Spencer’s elevation to the top spot in the championship standings is at the expense of Fothergill, who finds himself out of the points lead for the first time in 18 months.

“While it is a bit disappointing not to be leading the points I know that I’ve got the speed to be able to get back in front,” said Fothergill.

“It was an engine issue that put me out of final one at Bolivar and then I came in 200 grams too light in the second final after I’d come from 20th to third – that was pretty heartbreaking. However, it has all just made me more determined.

“The next round in Melbourne is going to be vital in the outcome of the championship because the guys in first, second and fourth are all from Victoria and know the track like the back of their hand. If I can get through there with a good swag of points I know I’ll be in good shape because I should have the upper hand at the final two rounds.”

Practice for the round will be held from 11am on Friday June 17 ahead of qualifying and heat races from 9am on Saturday June 18. The Round Finals will be contested on from 9am on Sunday June 19.

Next Story Karts could return racing to Thunderdome 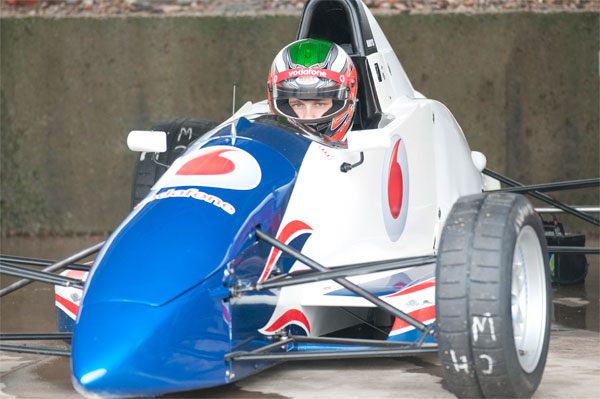