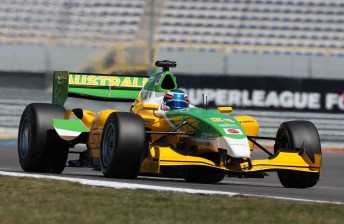 John Martin in his 'Australia' entry

John Martin has got off to a flying start in the opening round of Superleague Formula’s Nations Cup.

The Queensland native sits tied on 77 points with Duncan Tappy (Japan) after Round 1 at Assen, Holland, over the weekend.

The 26-year-old finished sixth in Race 1, second in Race 2 and fourth in the five-lap dash for cash (the top-eight Super Final).

While Martin didn’t get to walk away with €100,000 cheque (which went to England’s Craig Dolby), Martin was consistent and was rewarded.

“All in all it was a pretty good weekend,” said Martin.

“I just made a few too many mistakes, maybe I was rusty after eight months out of the car. I should have won Race 2 and the Super Final and was in a position to do so.

“On the upside we are leading the championship, well joint leader, and I usually get stronger as the season goes on.

“Last season I won six races, which was more than anyone else, and had a total of 10 podium finishes yet I was never really a championship contender. This year I am taking a different approach and so far, so good.”

The Superleague Formula Nations Cup now heads to Zolder in Belgium for Round 2 on July 16/17. 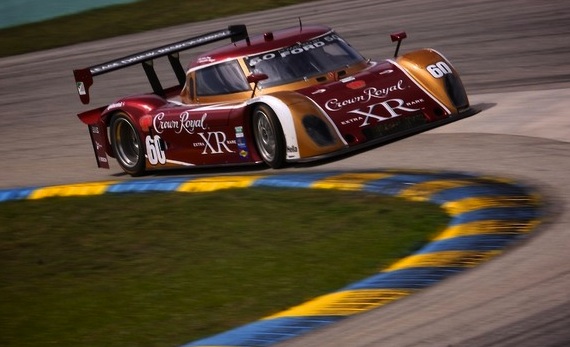