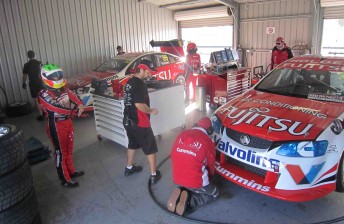 Due to wet weather, some of the teams missed the opportunity to test last week. Even though it has dawned a cold day at the central Victorian circuit, the forecast is for no wet weather. 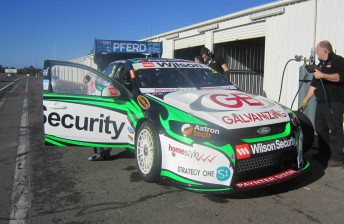 This is Walkinshaw Racing’s fifth test day, leaving them with just one more up its sleeve for the remainder of 2011.

Garry Rogers Motorsport is conducting just its third test day of 2011. Only its regular star drivers Michael Caruso and Lee Holdworth are at Winton.

There are no Fujitsu V8 Series entries at Winton today. Previous Story V8 teams cashed up for the future