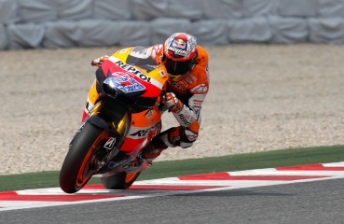 Lorenzo beat Stoner into the first turn and led the first lap, but Stoner quickly reeled the world champion in and pulled the decisive move on the long front straight.

It is Stoner’s third win for the year and now sits seven points behind Lorenzo at the top of the world championship.

In a largely straight-forward race, the only thing that looked like shaking up the event was the threat of rain, but it never came.

Lorenzo’s team-mate Ben Spies ran a lonely race to third place, although Andrea Dovizioso (Repsol Honda Team) did apply some pressure in the closing laps. Dovizioso could not get close enough to make a serious challenge.

Valentino Rossi (Ducati) finished fifth, holding out his countrymen Marco Simoncelli (San Carlo Honda Gresini). Simoncelli, the first-time pole-sitter, made a meal of the start and dropping down the order.

CLICK HERE for the championship points after five races 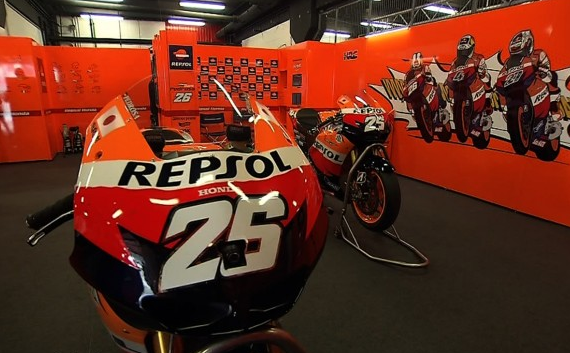 Next Story Dani Pedrosa out of British Grand Prix