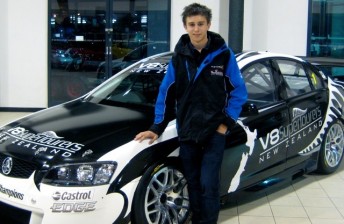 Andre Heimgartner has been confirmed as a starter in the inaugural V8 SuperTourer Series in New Zealand next year.

Heimgartner made history when the he won the NZ Formula Ford title at just 15 years of age. He has stepped up to the Australian Formula Ford Championship this year, driving with Team BRM.

He is looking forward to his debut in the V8 SuperTourer in February next year.

“To be honest, this is quite unreal, a dream come true much sooner than I could have imagined,” he said.

“To be able to advance my career like this and have the opportunity to learn from and test myself against some of the best drivers in Australasia is something I had to jump at. I’m so thankful for this chance I’ve been given by AV8 and my supporters. I hope to be able to repay their confidence with my performance on track.”

Heimgartner says the V8 SuperTourer class will be a great addition to the local racing scene.

“The car is the most exciting thing I’ve seen in NZ Motorsport,” he said.

“It’s going to be a big step up for me for sure but I can’t wait to drive a real racing touring car with that much power.”

AV8 Motorsport team principle, and co-creator of the V8 SuperTourer Series, Wayne Anderson is enthused about bringing Heimgartner onboard in the second car.

“It’s great to be able to make this announcement so early,” Anderson said.

“For AV8 and V8 SuperTourers to be able to offer this opportunity to Andre is a big boost for both sides, the sport gets to help one of its young stars hopefully on his way to bigger things and Andre can test himself against and learn from the most experienced touring car drivers in the country. Now he needs to make the most of that.”

The new V8 SuperTourer Series will take place over seven rounds next year from February to October, starting at Hampton Downs on Feb 17-19. Next Story Keselowski coasts to victory in Kansas 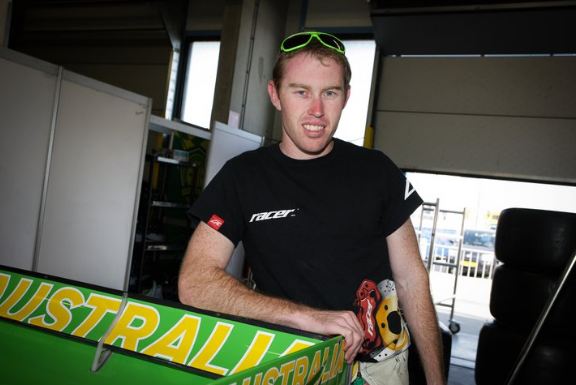