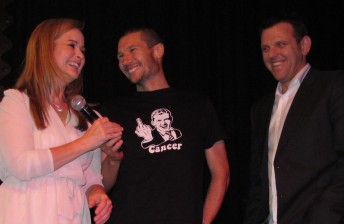 Richards was the guest of honour at ‘Dinner 4 Jase’ last night at Melbourne’s well-known Witches in Britches comedy theatre restaurant.

Over 200 guests attended the event, and over $45,000 was raised through ticket sales.

In the last two weeks there have been a number of fundraising events for Richards, including a horse racing day at Sandown, plus a simulator race on the Gold Coast.

Richards, suffering from adrenocortical carcinoma, says he is grateful for the amazing contributions. 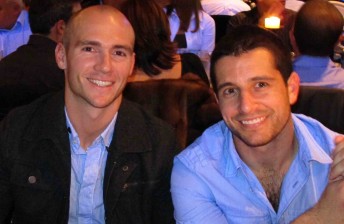 “What do I say? The support from my community and from the motor racing fraternity has been tremendous again,” Richards told Speedcafe.com.

“It just gives me more inspiration to get better.

“I’m in a good space at the moment. I’m on my drug trial and I’ve had semi-positive news. It’s not good news, but it’s not as bad. You can twist that as much as you like, so I’ve had a good week.

“It has been good fun catching up with a lot of people over the past few months, doing lots of things, and tonight was just another great night – Witches in Britches was above my expectations.

“I have to say, it was a very funny show. I liked the way they wrote different characters into the script was funny.”

Next Story V8 teams cashed up for the future