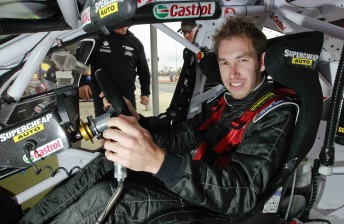 Chris Atkinson is used to high-powered race cars, but nothing like what he drove at Queensland Raceway today.

The Australian rally star made his debut in a V8 Supercar, driving Russell Ingall’s Supercheap Auto Racing Commodore VE around ‘The Paperclip.’

Speedcafe.com’s Grant Rowley spoke to Atkinson about the experience.

SPEEDCAFE: You’ve just had your first taste of a V8 Supercar. What was it like?

CHRIS ATKINSON: I only did the three or four flying laps, but it was enough to get a bit of a feeling.

It was interesting. It was totally different to what I’m used to, obviously, but it was fun. It takes a little bit to get used to the unique driving style. You’ve got to be patient with them, and even though they are a muscle car, they taker a lot of subtle input to get the time out of them.

SPEEDCAFE: Do you think you’d have enough patience to do it full-time?

ATKINSON: Yeah, I’d love to have a proper, full-day test where you get to try everything, build confidence and learn what the car does. With only four flat-out laps, you are only just getting used to how things are working.

The main focus for me is still rallying and this was more a bit of fun to have a steer in one.

SPEEDCAFE: A pretty cool thing to do on a Wednesday afternoon anyway …

ATKINSON: And now that the sun has come out, it’s even better. I can’t complain – a few hundred horsepower in the afternoon is always fun!

SPEEDCAFE: Was driving the car exactly what you had expected? What preparations did you do prior to your run today?

ATKINSON: I heard a lot from guys about what to expect. I train with a few V8 drivers and had a chat to them about it. They told me not to expect amazing things. They told me to be really patient and I think they were pretty right.

Having driven world rally cars which are super responsive and do everything you ask of them, V8s are a different world and you need to fine tune your body and mind to react a different way.

SPEEDAFE: How was Paul Morris Motorsport today? Were they accommodating?

ATKINSON: Obviously they have a lot to focus on. They don’t have a lot of test days, and I didn’t want to impead too much on what they were doing, but it was very nice that they could fit me in for a couple of laps. Hopefully one day in the future I might get to do more laps.

SPEEDCAFE: You say your focus at the moment is on rallying, but do you see a circuit racing future for yourself after you’ve done everything you’ve wanted to do in rally?

ATKINSON: Yeah, definitely. I’ve enjoyed the few circuit races that I’ve done. They’ve always been fun, and I’ve done a reasonable job when I have done them. Having grown up in a different background to these touring car drivers, it’s a different world for me, and it would take a long time to get up to full speed.

It’s definitely something that would be fun to have a go at.

SPEEDCAFE: Just moving onto rallying. You’re competing in the Australasian Pacific Rally Championship and selected rounds of the Intercontinental Rally Challenge with Proton this year. How long until we see you back in the World Rally Championship? And could you return for the Australian round in September?

ATKINSON: I’m still working on the Australian round. There’s some financial constraints to it, and I’m trying to put the pieces together to make it happen. Even if it’s not in a world rally car, I still want to do it, so I’m looking at all the options and trying to make it happen.

Obviously the WRC is the pinacle of rallying, and that’s what I want to be competing in, but given the situation at the moment, it’s difficult to get a full-time ride in the WRC, and I’m grateful to Proton that they’ve given me the opportunity to continue my career. Hopefully I can win the APRC.

We’ve done everything but win a WRC rally. That’s one big goal that I want to achieve, followed by a world championship. I still have the confidence in myself, and I’m still young enough to have a crack at it. We’re going to keep working on it until there’s no hope. We’ll keep trying. 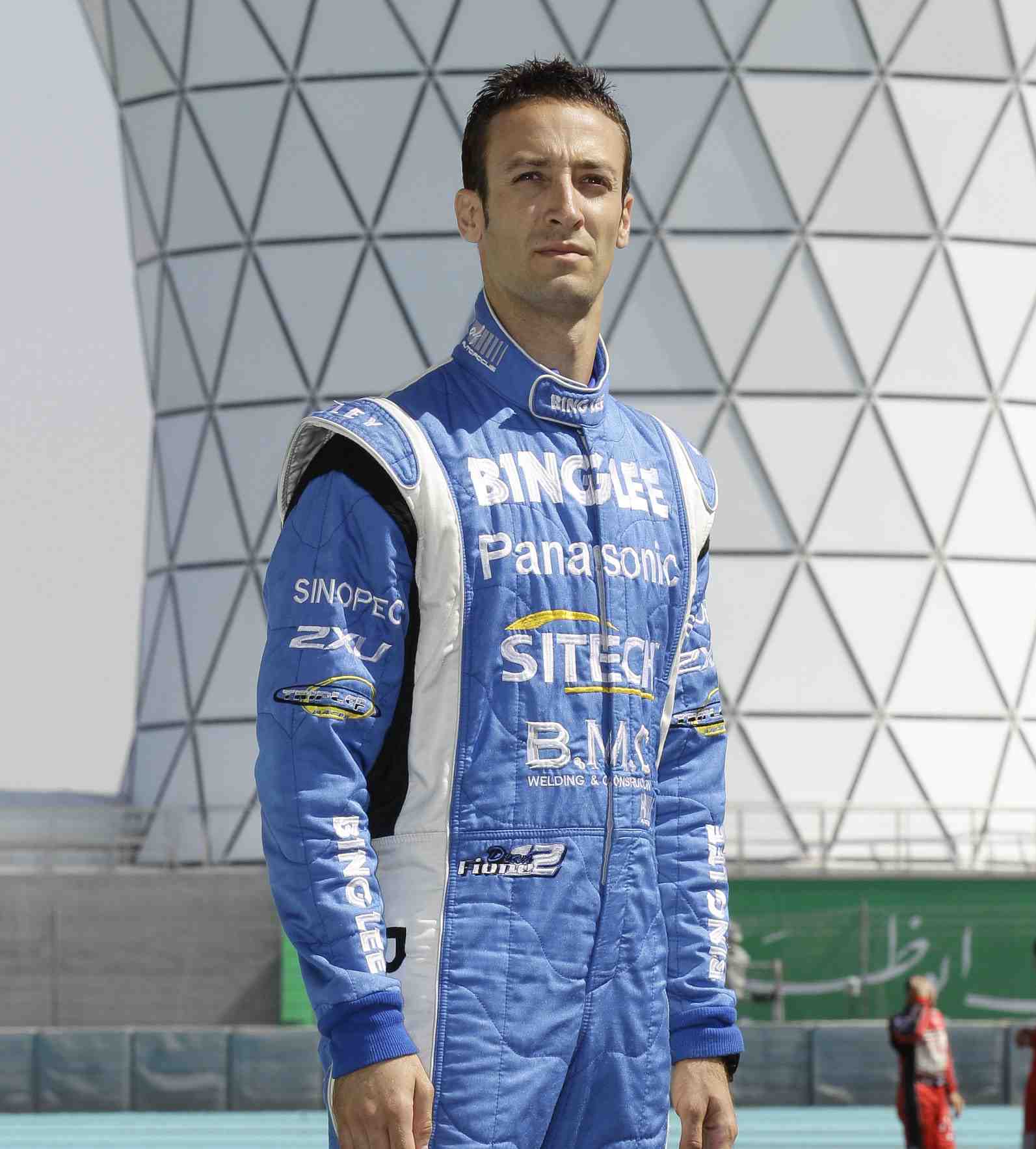 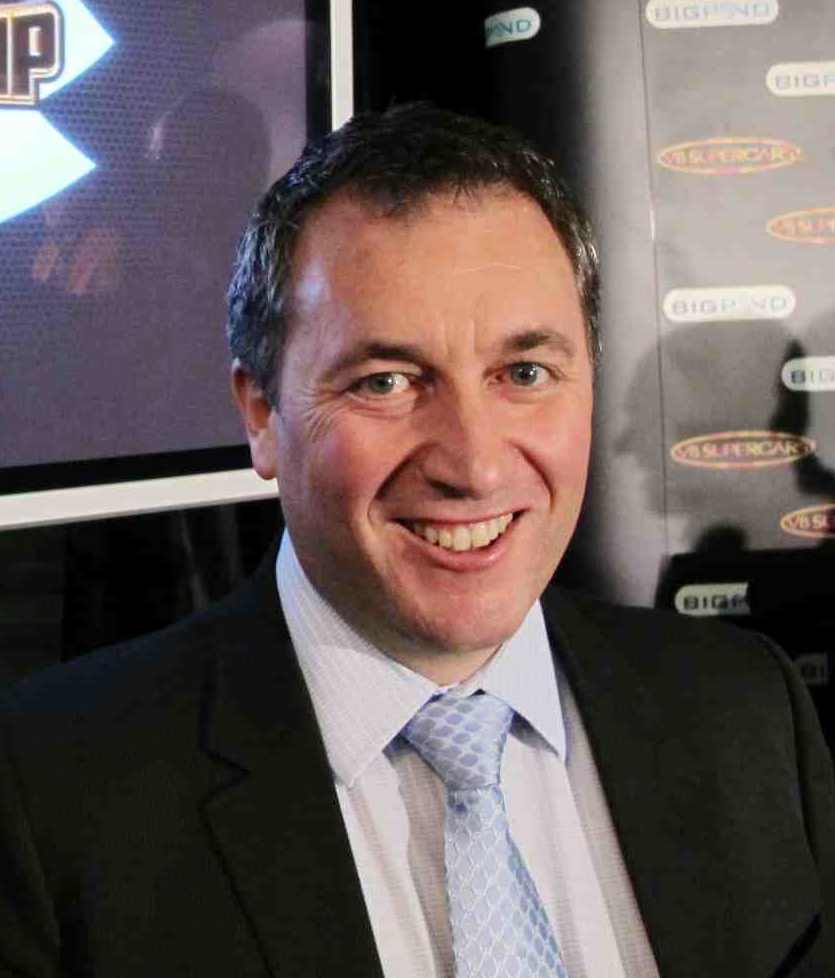